2017 marks the 35th anniversary of one of the best selling shoes of all-time, the Nike Air Force 1. Originally released in 1982 as a performance basketball shoe, the Air Force 1 took the world by storm and it instantly became immensely popular on basketball courts, especially in cities such as Baltimore, Philadelphia, and New York City.

During its original release, Nike used a simple ad campaign slogan of ‘Air in a box’ to highlight the revolutionary technology that featured a pocket of air in the heel for cushioning and support. The popularity of the Air Force 1 increased in 1982 with six players in the NBA, dubbed the ‘Original Six’, wearing them on court for the Philadelphia 76ers, Portland Trail Blazers, and the Los Angeles Lakers. 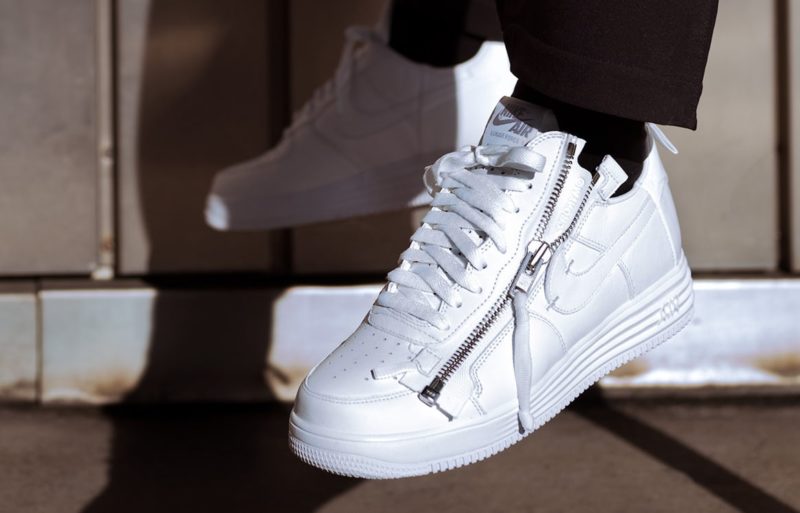 The model was discontinued following its original release, but the high demand for the shoes forced Nike to re-issue the shoes, one of their first retro releases, in 1986 at select retailers throughout New York City, Philadelphia, and Baltimore. Air Force 1 fanatics would travel between all three cities in order to get their hands on the ‘Colors of the Month’ of the shoes that were specific to each retailer.

After the decision by Nike to re-issue the shoes in 1986, they continued to release different colourways throughout the years. With over a thousand different pairs of the Air Force 1, it quickly became one of the most popular models in Nike’s extensive catalogue.

To celebrate the 35th anniversary of the Air Force 1, Nike collaborated with some of the most influential and creative individuals in the world to showcase the iconic silhouette. Nike called on Travis Scott, Virgil Abloh of Off-White, Don C of Just Don, Errolson Hugh of Acronym, and Kareem Burke of Roc-A-Fella to put their spin on the classic silhouette for the upcoming AF100 collection. In addition to the AF100 collection, Virgil Abloh released another pair of the Air Force 1 in his ‘The Ten’ collection for Nike. 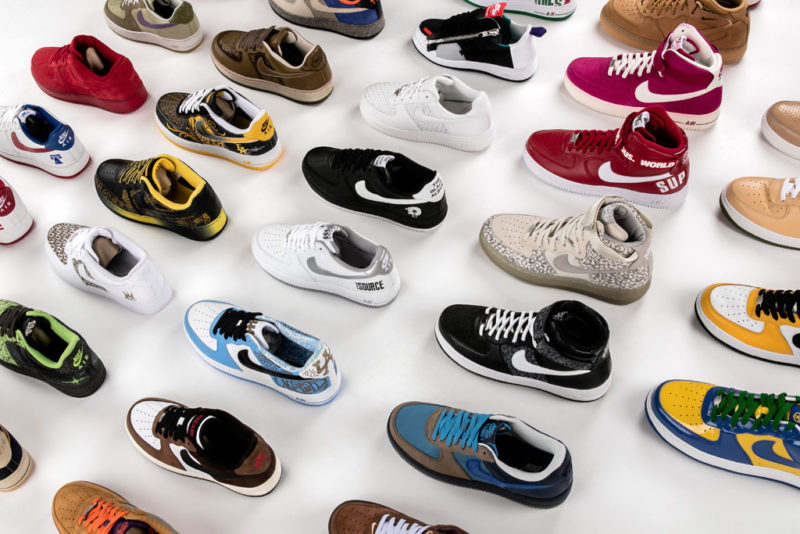 The AF100 collection was shown to the public at ComplexCon, alongside a wall of the 100 best Air Force 1 designs of all time, and people were surprised to see more collaborations on the classic white on white Air Force 1 by the likes of fashion designers from John Elliott and Public School NYC, as well as historic sneaker collectors such as DJ Clark Kent and graffiti artist Stash. With each pair paying homage to the iconic white on white Air Force 1, each individual had to get creative with the construction and materials in order to differentiate their design.

These iconic individuals in fashion, music, and lifestyle were not only given the opportunity to pay homage to the Air Force 1 silhouette, but also to Bruce Kilgore, the designer of the silhouette. Nike was able to use these individuals and the impact that they have in order to signify the historical importance of the Air Force 1 and to showcase the versatility and adaptability of the silhouette thirty-five years after its original release.

What do you think about the AF100 collection? Let us know in the comments.