It was during the telling of my story behind how I got an Hermès Kelly Cut, that my superior mentioned I should write an article about it.

For those who do not know, Hermès is paramount when it comes to luxury leather goods, and so not to be dogmatic in saying this, it is imperative to know that the bags are actually made in France by hand. Many other houses would have you believe their bags are made in France but in reality, only about 10% (sometimes even less) of the production happens there, while the other 90% happens where labour is cheaper.

Hermès is a brand that prides themselves on excellence. It is a house founded in 1837 which began as a company dedicated to fine leather equine for European nobility. Sex & The City helped to add a mainstream allure around the house of Hermès and their most famous bag the Birkin, which not only made several appearances but had a starring role in the infamous scene with Sam Jones. Played by Kim Cattrall, Jones visits Hermès in New York to try and buy a Birkin, only to find she has to wait for years on waitlist.

Hermès is best known for two bags, these being Birkin and Kelly but a much more elusive and harder to get bag exists – I give you the Kelly Cut.

What makes the Kelly Cut so special is that it is a reinterpretation of a Fall 2008 bag called Kelly Longue, designed by former creative director of Hermès, Jean Paul Gaultier. The bag is an evening clutch rendition of the bag famously named after Princess Grace Kelly of Monaco, who used the bag to cover her pregnant belly in 1956. While the handbag was known as the Kelly it was not renamed after her until 1977.

Kelly Cut, the (clutch) successor to Kelly, is an elusive bag often reserved for Hermès’ most VIP customers. In 2015, the Hermès Toronto flagship was said to have only received 8 Kelly Cuts from January to year-end in December by an in-house sales associate, and in New York when I got my Kelly Cut the Hermès flagship, they were said to have only received 10 Kelly Cuts, mine being that 10th one in all of 2016 as of August, according to a sales associate that was adamant on letting me know how lucky I was to have gotten one.

Knowing that the Kelly Cut is usually reserved for top-tier clients, I still went to the Manhattan store in hopes of getting one. I met with my sales associate who I formerly bought two Collier De Chien bracelets from, one a 18kt yellow gold bangle (Hermès’ reply to the Cartier Love bracelet) and the other in sterling silver.

My sales associate sat my friend and I down on the second floor amidst the jewelry, first offering us Perrier water and then giving me a pen and a piece of paper which had “Hermès” at the top of it. I was to write down my wish list of items, plural or singular.

Writing on the paper “Kelly Cut” with a list of colours I would be willing to wear the bag in, my sales associate took it and left the floor. After returning with good news: my wish list request had been approved by the store director. My friend and I looked at each other with excitement because from that moment on we knew I would get my Kelly Cut and from this point on, it would just be a waiting game. 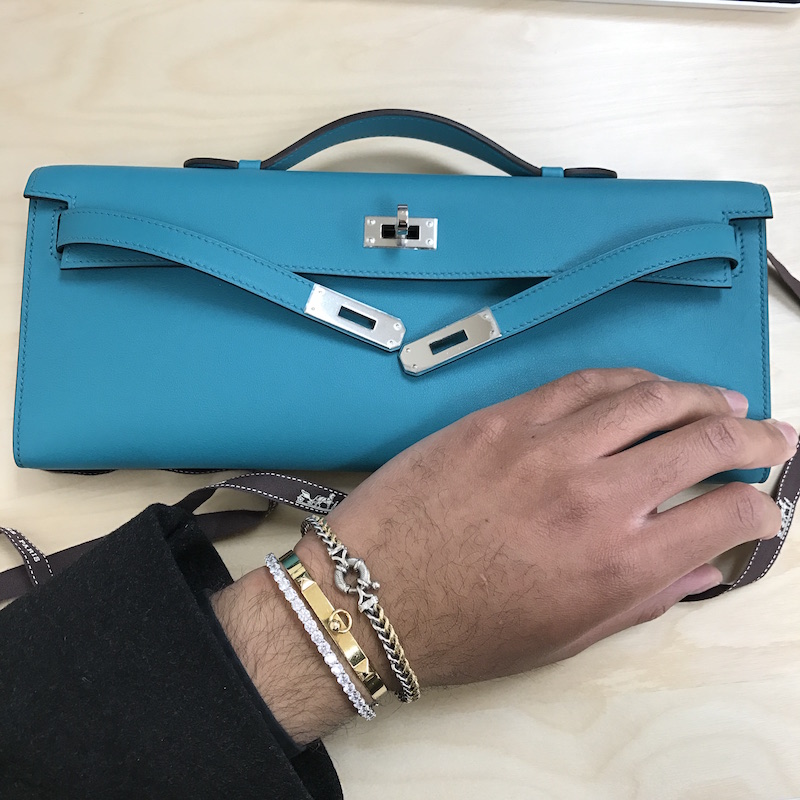 Two months go by and I am getting antsy, wondering if my sales associate forgot me because I don’t buy any of the top tier products like the $130,000 diamond cuffs or $200,000 crocodile diamond pavé bags. I email her to let her know I am still very interested in acquiring the Kelly Cut, to which she assures me my turn to be offered will come.

Behold Saturday August 27th, when I received an email saying that a Kelly Cut has arrived in Swift leather and a colour called “Bleu Paon”, which is French for Peacock Blue. I responded within 15 minutes of the email, purchasing my flight to New York that night as Hermès is only allowed to hold a bag for 24 hours before releasing it to next on the list. Luckily, I had 48 hours to get to Manhattan, as the boutique was closed the day after it arrived. 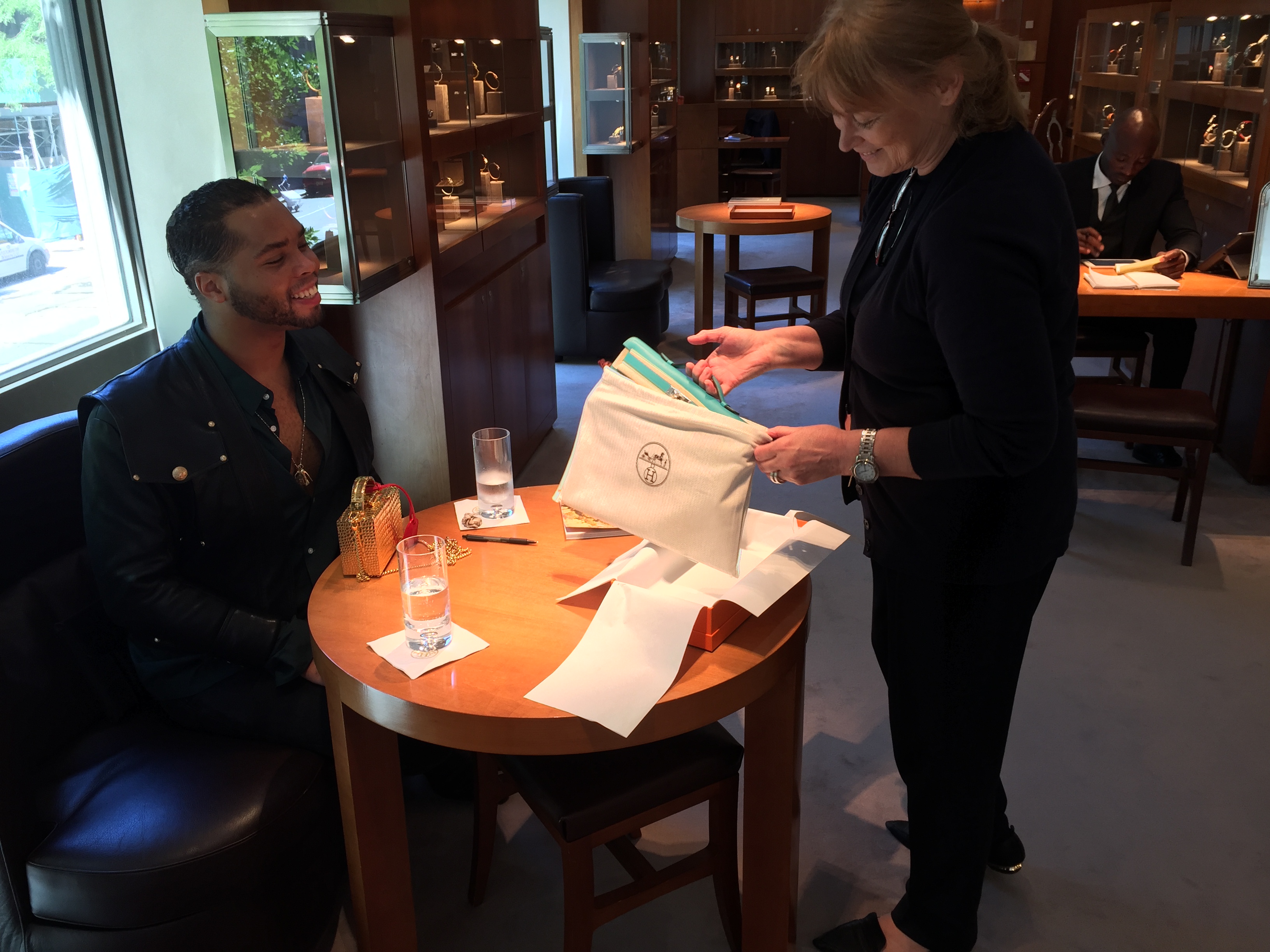 In an article by The Daily Mail titled, The Bag You are not Allowed to Buy, it is said that “these bags are so covetable, they are said to be a better investment than stocks and shares – for unlike a new car or piece of jewellery, they appreciate in value the moment you buy them. Just one problem: you have to get hold of one in the first place.”

And the author was not wrong. Since purchasing, the bag I bought in the same colour and hardware is currently selling for double my purchasing price. Why you ask? Because of the hoops and hurdles you have to jump through and over in order to get your hands on one of the top three bags by Hermès. 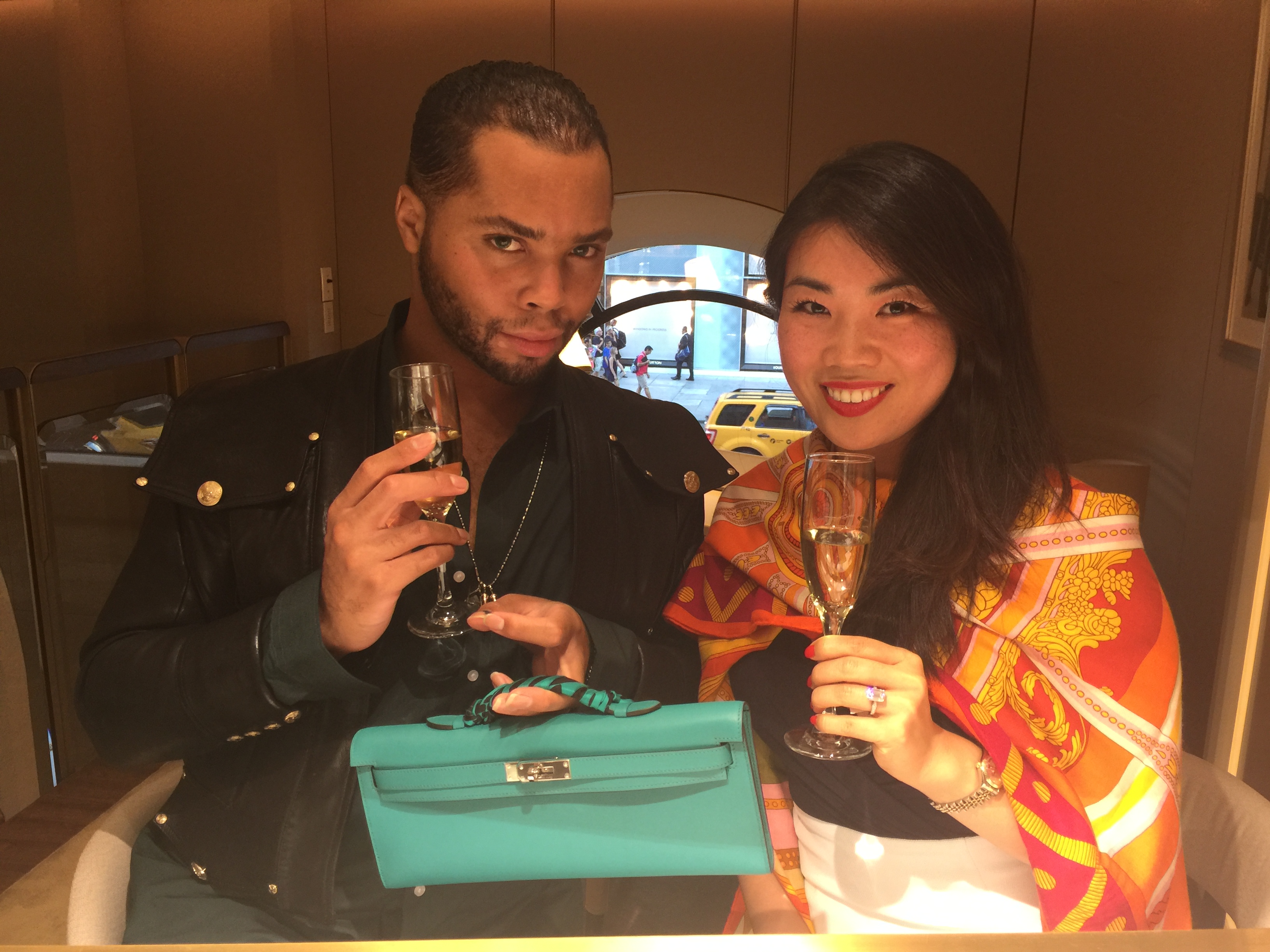 I have the hardest bag to get from Hermès, which is due to such low production of the Kelly Cut, and while deep down I do believe that all of these bags are overpriced, it’s no different than when comparing a Mercedes-Benz to a Honda or a Canada Goose jacket to an off-brand one, as no one needs a $150,000 sedan or an $800 down-filled coat.

Would you wait for an elusive Hermès bag? Let us know in the comment section below.

Posts You May be Interested In:
Why Toronto has Become so Obsessed with Buying Luxury
How to Add a Touch of Luxury to your Life without Breaking the Bank
William Sonoma Exits Bloor Street Ahead of Hermes Relocation
Hermes to Relocate Mink Mile Flagship
From 1 to 101 Carats: These Drool-Worthy Diamond Rings Will Inspire You to Get Engaged