Starting your own business is a tough proposition for anyone, but it becomes even tougher when you have limited funds for the startup of the business. Kamaj Silva, the founder of SneakerTub and The Kit Grid, went through his share of ups and downs throughout his life but he was able to turn a low point in his life into a high point by focusing on his passion and striving for success. His dedication to his business and his ability to hustle resulted into an unforgettable moment in his life, an appearance on CBC’s Dragons’ Den.

We sat down with Kamaj and talked about how he started his business and how it led to his recent appearance on CBC’s Dragons’ Den:

How did SneakerTub get started?

Earlier in 2016, I was working in downtown Toronto as a marketing manager. I was working on movies such as Hunger Games, the Expendables, and launch the campaigns in Canada. One day, my whole team got laid off. When I came back home in a cab and checked my bank balance, I had $700. I had to use the money wisely, so I came home and overnight built the website.

I launched within a week with no pre-marketing campaigns or anything, I wanted to see what would happen. I hustled about the first 20 customers on Instagram, basically signing them up and giving them discount codes. I was running at a loss for the first month and didn’t have any accounts. So I actually bought stuff at retail using discounts, and that’s basically how things got started.

Then I had to hustle harder to get the brands. Saucony was the first brand to come on board, I was pitching to them for over a month. Met them in person at their head office is in Mississauga, about five minutes down the street from where I live, and they were the first ones to give us a chance. Then PUMA came along, and then all the other brands came along. 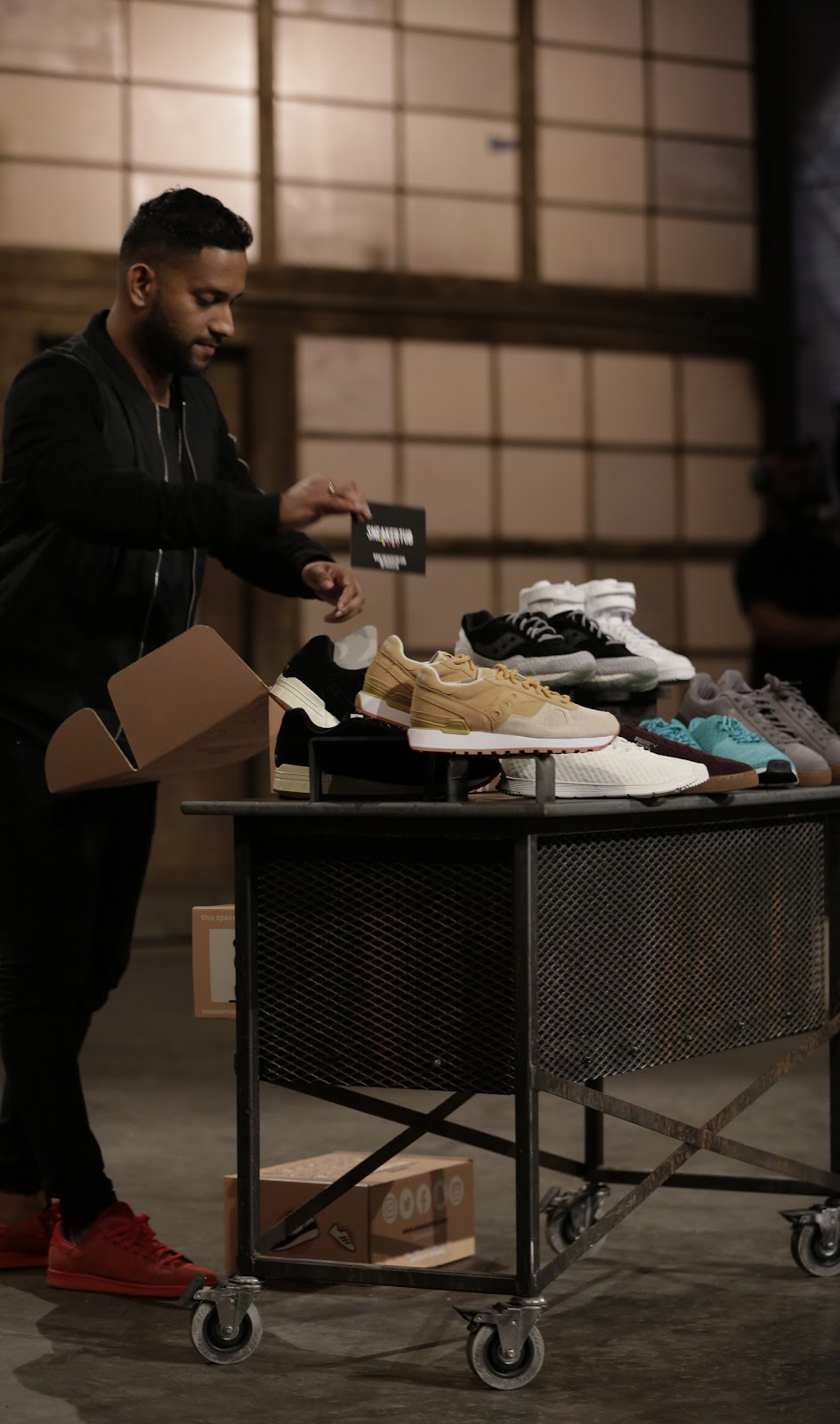 What were some of the challenges that you faced starting your own business?

My background is in film marketing, but I liked nice sneakers and nice clothes. So when I first started researching, I didn’t know much about sales reps. I thought that all of the brands did the sales themselves. I didn’t know how the system worked. I was reaching out to the info address on company websites and getting nothing back. Then I looked up some people on Instagram and found out some stuff to make a couple of calls. Those first four calls were really hard because they asked me which other brands  I had when I didn’t have any.

How did you get to be on CBC’s Dragons’ Den?

Dragons’ Den reached out to me in April 2016 to audition for their 2016 season, but I felt like I wasn’t ready because the revenue for the business wasn’t good enough for me to go on Dragons’ Den. I obviously wanted to appear on Dragons’ Den and not look like a fool so I rejected the offer and asked if I could apply next year. The business was doing well in 2017 and I felt like it was up to a certain stage that I can go on Dragons’ Den, I just needed to expand my business. I applied online in 2017 and received a call for open auditions. In late March, I had to pitch to the producers of the show and I got a call back in mid-April. I asked the producers for a list of the Dragons so that I could get boxes ready for them for my pitch. 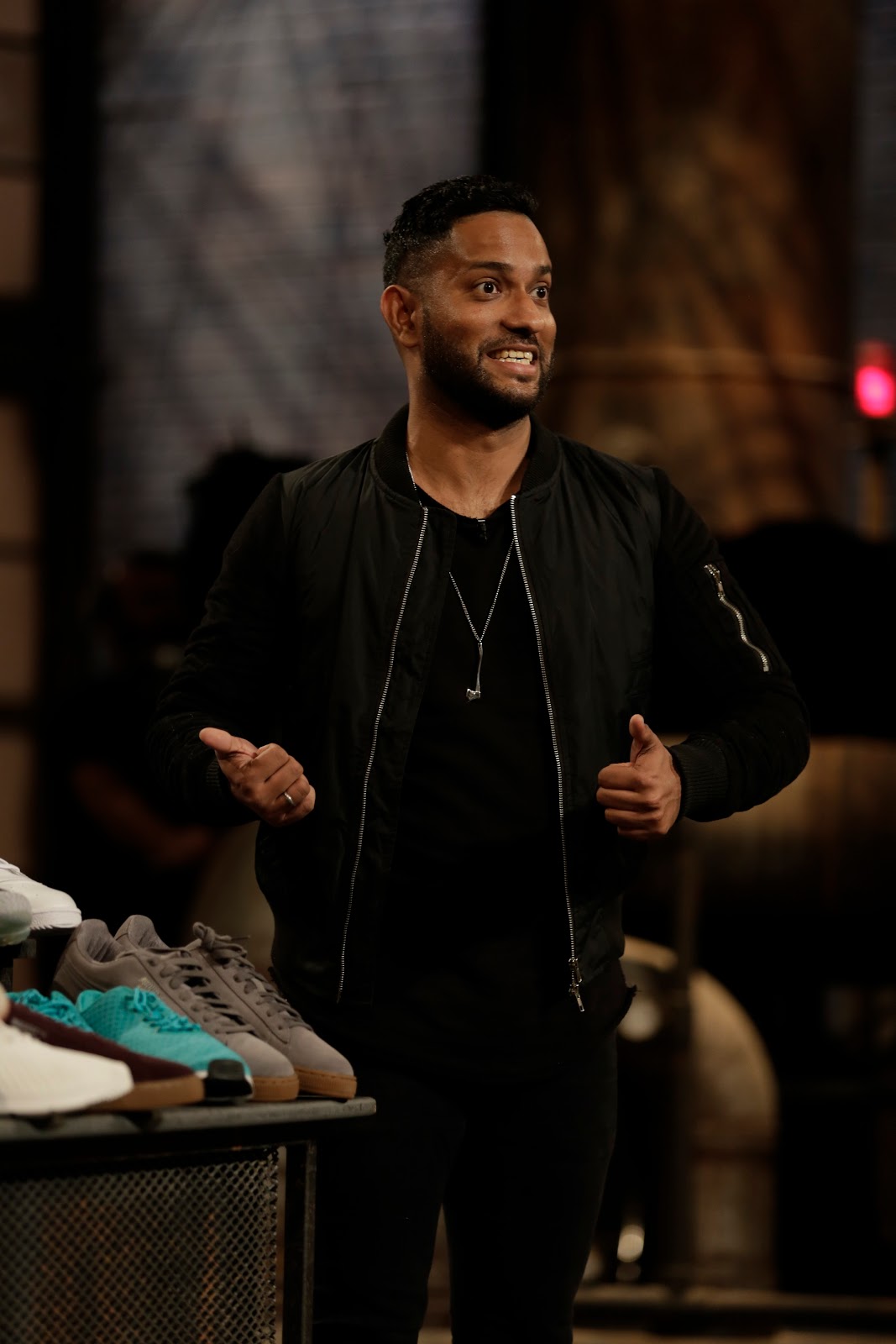 What was your most memorable moment from the show?

The experience of facing people who have done well in business and well respected in the business community. Even getting to meet them face to face and having the opportunity to pitch to them was a big deal for me. I’ve pitched TV shows and films before but I haven’t pitched my own business before. Just being with the Dragons in the same room and feeling the energy in the room was really awesome.

What does the future hold for yourself & SneakerTub?

I have The Kit Grid, a clothing subscription box, which started three to four months ago. We have quality stuff, we work with brands such as Vitaly, Kuwallatee, Staple, Publish, and others. SneakerTub is expanding, we are just working on making it bigger than what it is. We ship all around the world, so we want to expand to places like England and Australia next.

What do you think about Kamaj Silva’s success story? Let us know in the comments.

60+ Canadian Shopping Websites To Have On Your Radar