Over the next few years, Toronto’s Mink Mile is expected to undergo a number of major changes.

With rumours of H&M vacating its Bloor St. store, an Apple store opening at Yonge and Bloor, and a confirmed Eataly launching later this year, Bloor St. as we once knew it will soon be no longer.

But that’s not to say change isn’t a good thing.

Included in the affluent neighbourhood’s makeover is a brand new Aritzia. Unveiled on February 14, renovations saw the retailer take over the former BCBG store and a street-level entrance to the Holt Renfrew Centre in between them.

Standing at over 10,700 square feet, the Bloor St. flagship is double the size of the former location. Outside, visitors are greeted by a large Aritzia sign that sits atop bright marquee lights. 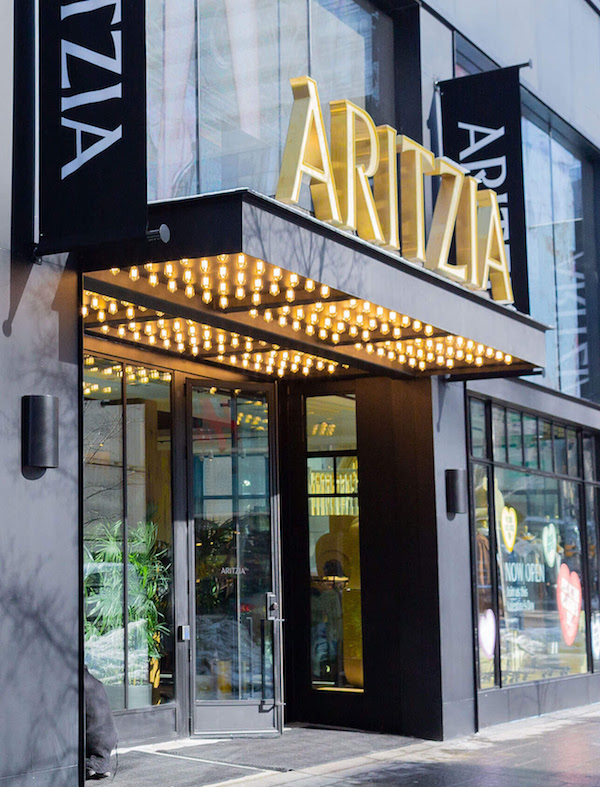 Inside, the ultra-feminine store is light and spacious.

Clothing is displayed on marble tables and wire-wheeled oak tables, as well as in custom built-in wood fixtures. 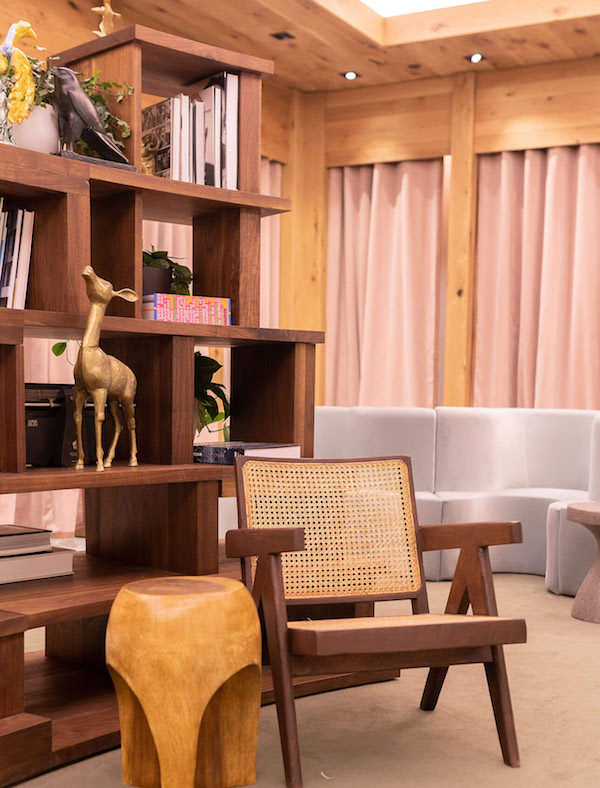 As retail evolves, shoppers demand more immersive spaces, and Aritzia has been providing that in its newest locations. In the past few years, the Vancouver-based retailer has opened stores for in-house brands like Babaton, Wilfred, and TNA.

Aritzia has also been expanding its footprint across the United States, with locations opening in California, Illinois, New York, and more. 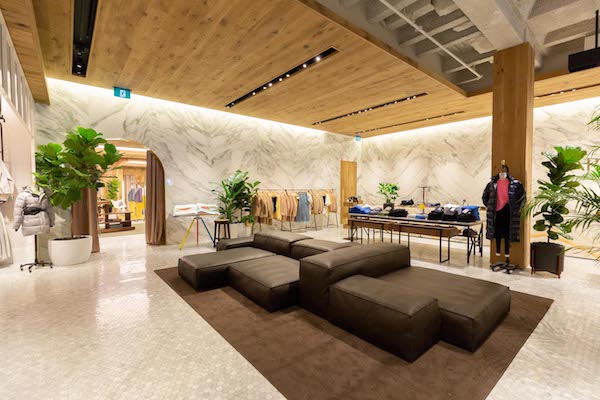 What makes Aritzia Bloor stand out from the rest, however, is the welcoming of a new feature in-store: A-OK CAFE.

Featuring espresso-based beverages, teas, sustainably sourced Columbian coffee, and a variety of micro ground tea, the cafe offers those in the area another option for their daily pick-me-up, as well as freshly baked pastries from local Toronto partners.

Take a peek a closer look inside the store below. 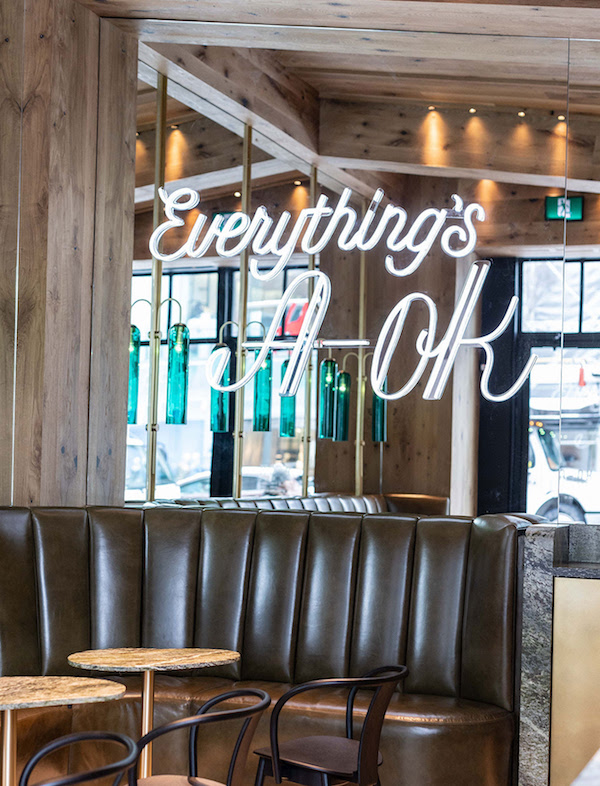 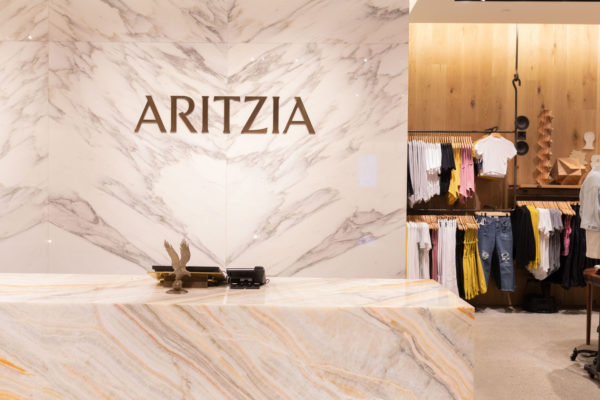 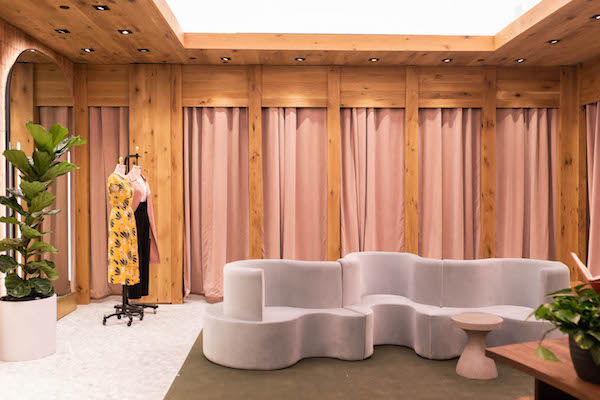 All images provided by Aritzia

Articles You Might Be Interested In:
Here’s What To Expect When Eataly Comes To Toronto
Exciting Changes Continue For Mink Mile On Bloor Street
Aritzia Just Opened Its First Outlet Store
Is Apple Opening A Massive Flagship Store On Bloor Street?
Inside Canada’s First Morphe Store At Square One Shopping Centre