This year the Great White North turns 150! That means its been 150 years of poutine eating, maple syrup obsessed, “eh” saying, polite Canadians – now that’s something to celebrate! And we think there’s no better way to honour Canada, and our confederate fathers, than by exploring all that this great nation has to offer. From chowing down on fresh lobster in the East Coast, to watching the Aurora Borealis illuminate the sky in the Yukon, to partying until the sun comes up in the country’s capital, this is the year to #ExploreCanada.

Booking.com, the global leader in connecting travellers with more than one million incredible places to stay, helped us find some of the best spots to visit for those considering a coast-to-coast journey to mark the milestone birthday.

Buckle up and head out on the first mile of the Trans-Canada Highway, beginning in St. John’s, NL. You can smell the salt and hear the roar of the Atlantic Ocean from Signal Hill, Canada’s easternmost-point. At the first leg of your trip check out the The Luxus Boutique Hotel – your first cocktail is on the house and its prime downtown location will place you near all the fun festivities for Canada Day.

Next stop is at Lunenburg, home of the famous Bluenose schooner that adorns the back of our dime and is a prime fixture in Canadian culture. You’ll want to be sure to experience the city at one of their historical inns or bed and breakfasts, nestled among their narrow streets. Properties such as the Mariner King Inn, built in 1830, have endured for generations. The inn’s unique colourful wooden architecture and extensive history, provides an authentic Nova Scotian experience.

Get out your lobster bib – New Glasgow, PEI 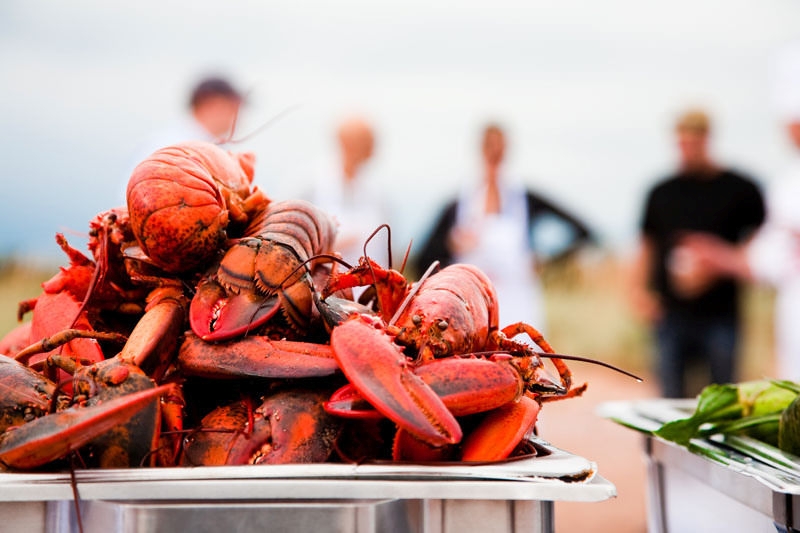 Known for its red-sand beaches, fertile farmland and breathtaking beauty, nowhere in Canada is the sea more dominant than in Prince Edward Island, (no wonder Canada’s founding fathers agreed on the terms of Confederation there). But there is another big reason to visit Canada’s tiniest province – the renowned seafood of course! Known as Canada’s Food Island, its succulent seafood is world famous.

One of the best places in PEI to enjoy seafood is New Glasgow, near Cavendish Beach National Park. Your dinner starts with all-you-can-eat fresh, hot rolls, seafood chowder, tomato basil soup, steamed Island Blue mussels, coleslaw, green salad, and potato salad. The main course is up to four pounds of fresh-caught lobster boiled in saltwater and served with clarified butter. While your there, stay 10 minutes from the beach to ensure you’re served only the freshest seafood, at the cozy B&B The Lookout Inn!

Following the American Revolution, thousands of Americans loyal to Great Britain – known as United Empire Loyalists – played a dominant role building towns and cities in eastern Canada, especially in New Brunswick. Thousands left the U.S. to move to Fredericton, the province’s stately inland capital on the St. John River. You’ll want to make sure to emerge yourself in east coast culture by checking out Historic Garrison District, an 18th-century British army base now home to the Changing of the Guard ceremony, artists’ studios and an outdoor theatre.

Luckily, Fredericton, also known as Freddy Beach, Celestial City, and the City of Stately Elms, boasts one of the best B&Bs in Canada. The Quartermain House on historic Waterloo Row is the perfect place to rest your head during this stop on your great Canadian road trip. 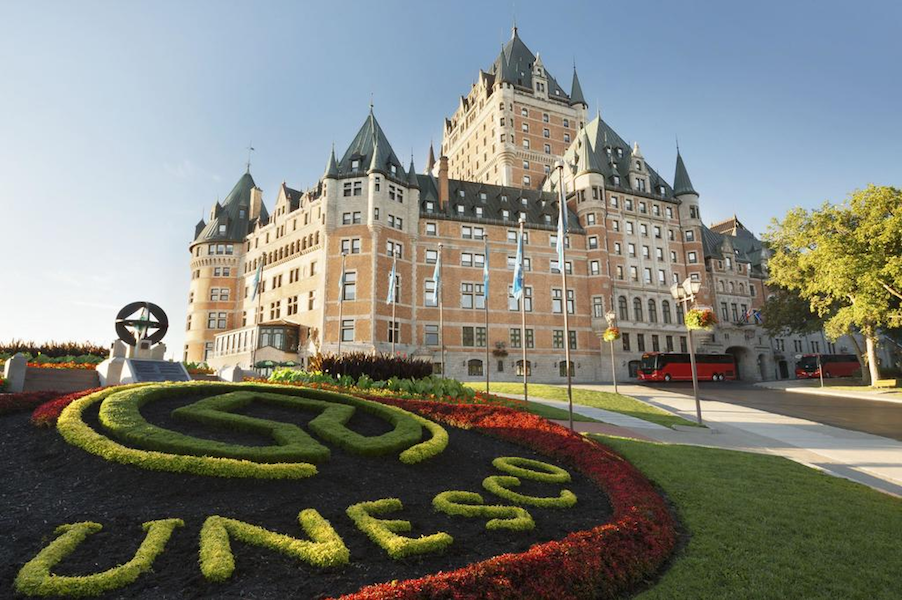 The most dominant landmark overlooking the St. Lawrence River and Old Québec is the iconic Fairmont Le Château Frontenac which has undergone a multi-million-dollar renaissance project. The restoration blends the charm of the hotel’s rich history with modern innovations, creating a special guest experience. The perfect stay for this historian, both Notre Dame Cathedral and the Citadel of Quebec are less than a five-minute walk away.

Celebrate Canada’s Birthday in the Capital – Ottawa, ON 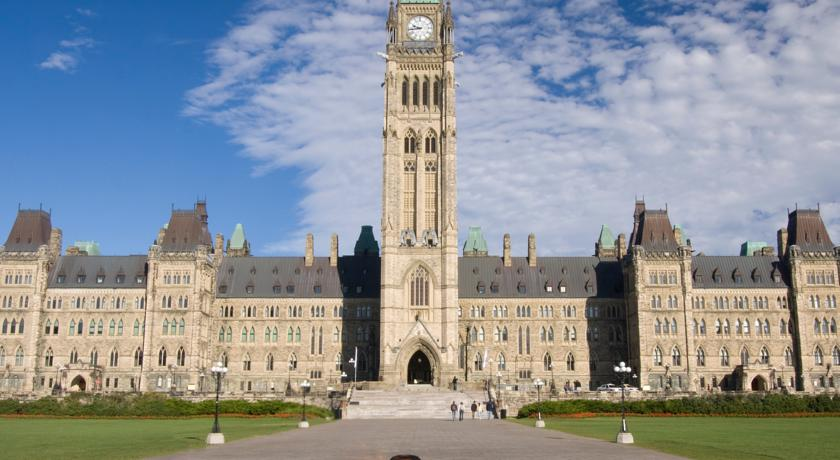 Hundreds of thousands of Canadians will be flocking to the nation’s capital this summer to celebrate Canada’s epic milestone birthday.  While you’ll want to be sure to check out the downtown staples like Parliament Hill, Rideau Canal and the National War Memorial – don’t discount the lesser known attractions. ByWard Market’s Tin House, the Wilson Carbide Mill and the Diefenbunker (a 100,000 square foot underground bunker originally built in case of nuclear war) are definite must sees.

One of its most iconic places in the capital just so happens to be a place you can stay while you’re visiting – the historic Fairmont Chateau Laurier hotel. Named after Sir Wilfrid Laurier, Canada’s first francophone Prime Minister, the property has hosted royalty and leaders from around the world. It has often been referred to as “the third chamber of Parliament”. Designated a national historic site, its 429 guest rooms breathe Canadian history. Designed in the French Gothic Châteauesque style to complement the adjacent Parliament Buildings, the hotel features original Tiffany stained-glass windows and hand-moulded plaster decorations dating back to 1912 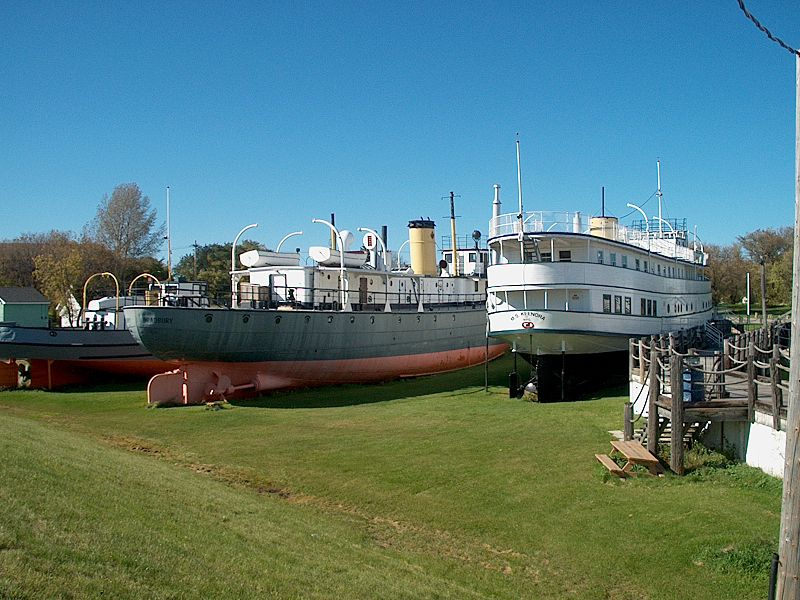 For those seeking a true prairie experience, it’s worth venturing 22 kilometres northeast from Winnipeg to Selkirk on the Red River. One of the flattest parts of Canada, with fields of wheat and canola surrounding the city, Selkirk is also home to the Marine Museum of Manitoba and the site of a Canadian Coast Guard base.

Get some shut eye at the ivy-covered Evergreen Gate Bed & Breakfast, located within a half hour drive of Downtown Winnipeg and Lake Winnipeg beaches.  You’ll be able to get a true feel for one of the flattest places in all of Canada by touring on the bicycles available right on the property. 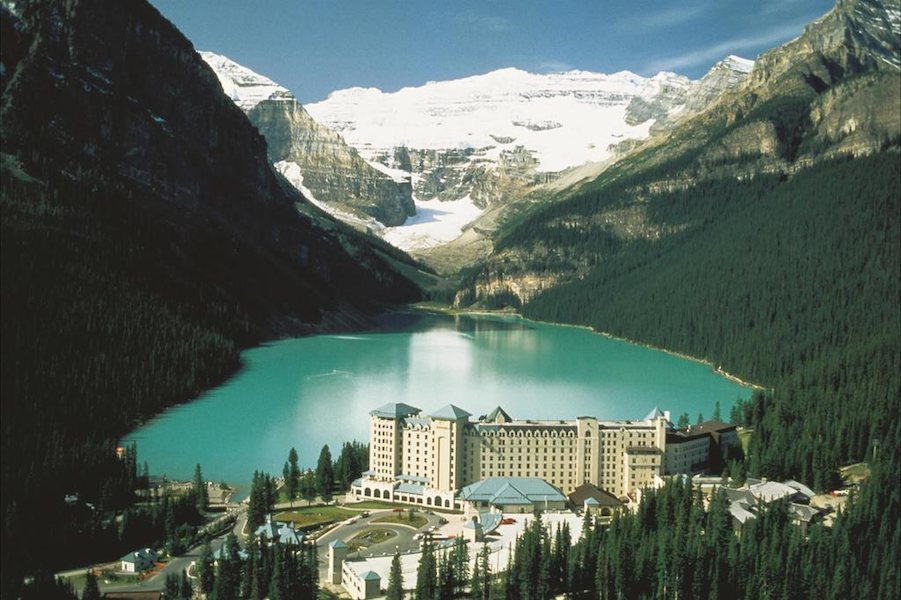 A celebration of Canada’s 150th birthday isn’t complete until you have seen the turquoise waters of Lake Louise surrounded by the Victoria Glacier, soaring mountain backdrop, and stayed at Fairmount Chateau Lake Louise in the Rocky Mountains.

Lake Louise is nestled in Banff National Park, Canada’s oldest national park, established in 1885. Surrounded by jaw-dropping sights and adventures, it is nature’s beauty at its best. In summer, the lake is an intense shade of turquoise, the result of light refracting off the glacier silt deposited in the lake by glacier runoff.

Fairmount Chateau Lake Louise is the perfect place to take in the panoramic views of Lake Louise and the Victoria Glacier. The best part? Guided hiking, horseback riding, mountaineering, and canoeing in the pristine waters are readily available at the hotel. 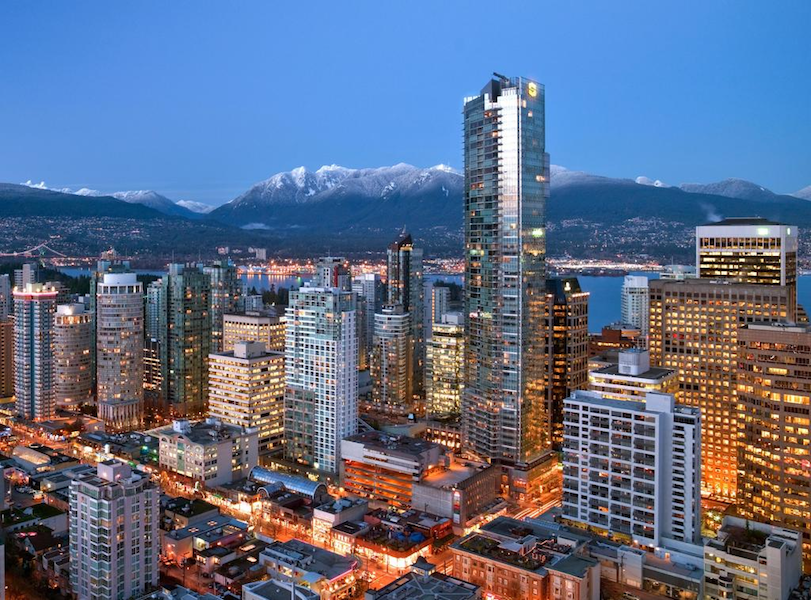 When British Captain George Vancouver sailed into what is now the city named after him for the first time in 1792, he probably thought he was in Shangri-La, that fictional place that exudes natural perfection. With snow-capped mountains providing an incredible vista surrounding the city, Vancouver is one of the most naturally beautiful cities in the world.

You’ll want to be sure to stay close to the waterfront to stroll along famous Robson Street or visit the beach or the Vancouver Art Gallery. Check into the 5-star Shangri La Hotel in downtown Vancouver for a luxurious getaway that is the perfect home-away-from-home.

Turn on the Lights – Whitehorse, YK 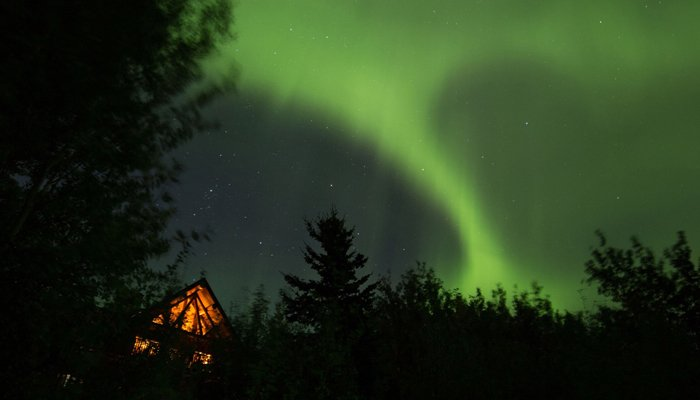 If you’re looking for a supernatural experience, make your last stop in your great-Canadian adventure the Yukon in late August and September. You will be treated to a multi-colour experience provided by Inn on the Lake, 55 kilometres south of Whitehorse. Its “Feast Your Eyes Tour” lets you marvel at the visually breathtaking colours of the land and sky.

The Inn offers autumn, winter, and spring Northern Lights packages where the ever-changing colours of the Aurora Borealis entertain guests right from their suites. The night skies are lit up with neon pink and green swathes of colours. While it can never be guaranteed that you’ll get to a glimpse of the bucket-list worthy sight, the beauty and abundant wildlife throughout the territory makes the trek to what is truly the great white north, worth it!

Posts you might be Interested in:
Canada Ranks #1 Travel Destination in the World by New York Times
Bucket List Trips: 9 Reasons Why Your Next Vacation Should be in Jamaica
The Six Most Unique Places to Stay in the 6ix
The Rise of Wanderlust: The Best Places to Travel in Europe Right Now
Get the Best Travel Deals with these Tips