When news broke in late October 2018 of Under Armour stocks soaring to its biggest gain since October 2008, it was no surprise to those who have been paying attention to the evolution that the brand has been undergoing throughout the ten year period. From the beginning, they have taken a long-term approach towards revolutionizing the brand from a strictly performance-centric brand to one that is now excelling in the lifestyle realm with its versatile products.

The evolution of the Under Armour apparel line has been fascinating to see, as they continue to make the compression gear and athletic wear that everyone associates them with but they have definitely noticed the industry trends and have tailored their products to fit the consumers’ desires in recent years. With the popularity of tracksuits and jogging suits, Under Armour has one of the most underrated collections currently on the market with their Unstoppable / MOVE set which combines everything you’d want in a jogging suit with the technological integration of athletic materials. 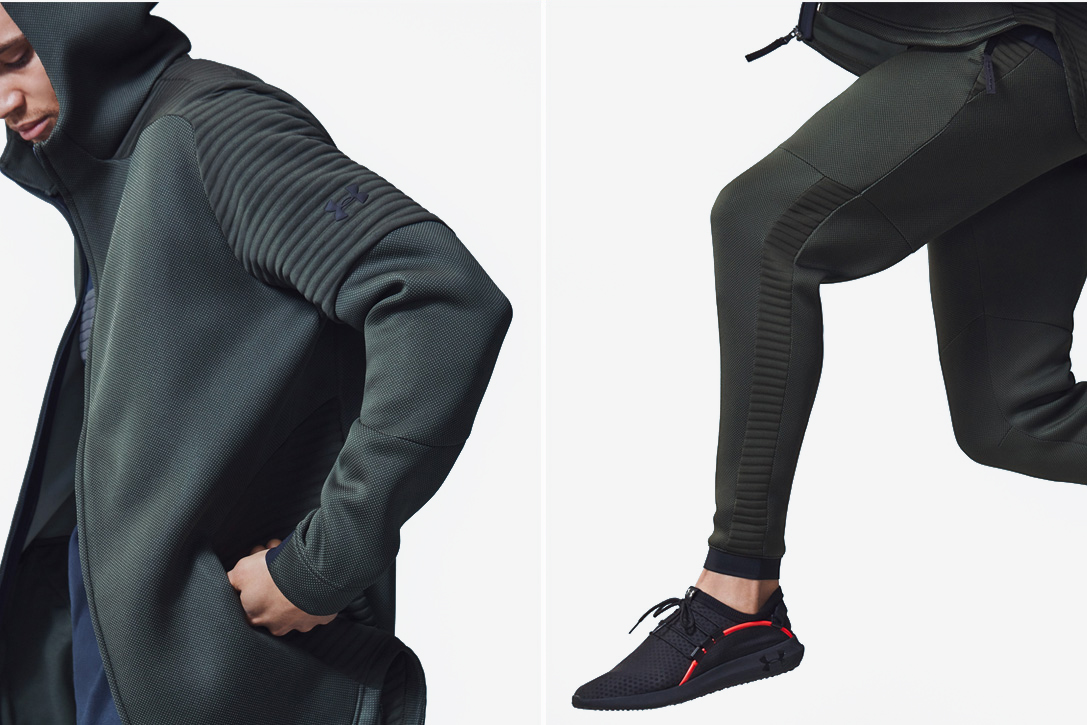 Not only is Under Armour catering to the lifestyle apparel market with their new designs, but they are also catering to athletes in new ways in addition to their performance gear. Not only are they targetting athletes during the game with their performance gear, but they found an innovative way to target athletes after the game with their Athlete Recovery collection. The collection features tracksuits, sleepwear and even bedding, providing athletes with a specially designed collection for the ultimate recovery experience.

Although the apparel collection is an aspect Under Armour has developed tremendously, the biggest splash they have made in recent years has to be the advancements in their footwear products. They have developed an amazing cushioning technology called the UA HOVR that have been incorporated into everything from lifestyle to running and basketball performance shoes. Under Armour likes to say that “Gravity holds you down, UA HOVR lifts you up” and that is something that people who have tried the cushioning technology will attest to.

In addition to the development and integration of the UA HOVR technology, another way Under Armour has taken the spotlight is with their strategic partnerships and collaborative projects. They have always had partnerships with prominent athletes but they have made the news thanks to their recent partnerships with notable and influential individuals such as Stephen Curry, Dwayne “The Rock” Johnson, A$AP Rocky and most recently, Joel Embiid.

This year has shown that Under Armour has taken a giant step forward and that they are raising the bar in the footwear and apparel industries. They are making their presence known and the competition has been forced to take notice and recognize the evolution of Under Armour.

Break so you can build. Hustle so you can conquer. Dedicate yourself to the process in @therock’s #AllDayHustleCollection now. Shop link in bio. #WEWILL

Float through your city. Shop the new #UAHOVR Phantom this Thursday. #WEWILL

What do you think of the brand’s new strategy? Let us know in the comment section.