Editor’s note: An earlier version of this article stated that Serge Ibaka would be signing autographs on August 2. A representative has clarified that Ibaka is not confirmed for August 2, but will be in attendance on August 1.

If you’re still buzzing from the Raptors’ big championship win, you’ll be happy to hear that there’s a special opportunity to meet one of the NBA champions this summer.

NBA Champion and Toronto Raptor, Serge Ibaka, will be making a special appearance in Toronto on August 1, 2019.

While many players are taking much-deserved vacations after the historic Toronto Raptors Championship win, Ibaka is taking the time to give back to the community and the place he calls home. Not only will he be cooking up a storm for Charity at Square One Night Market on July 26, but Ibaka will soon be headed to Yorkville for an equally noble cause.

The stylish basketball player recently put his design skills to the test for a partnership with Toronto startup, Topik Wear, to create his own line of men’s underwear, which will be launching on Thursday, August 1, 2019.

For each boxer brief sold, a portion of the sales will go towards benefitting the children of the The Serge Ibaka Foundation, which focuses on the bettering the health and education of children in the Congo, Toronto, and across the globe.

The launch will kick off with a 19+ launch party event on August 1st, and of course, Ibaka will be in attendance to talk about the foundation and his collection with Topik Wear, aptly named The Champion Set.

The Champion Set comes with three styles of underwear: Abec Class, Mafuzzy, and The Serge, and are each made for everyday wear. 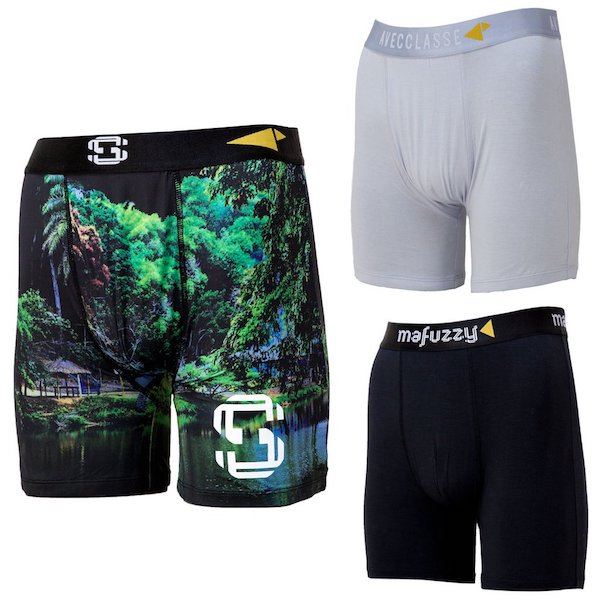 There are two days for you to get up close and personal with the NBA Champion.

Both events take place at at The Lane at Yorkville Village (136 Yorkville Avenue, Toronto) and will have include a raffle that offers the chance for fans to win signed memorabilia. The 19+ party on Thursday, August 1 is a ticketed event, so if you’d like to party with Ibaka, be sure to purchase your ticket online. The ticket includes an invite to the private party, one boxer set with three pairs of underwear, unlimited food and drinks, one raffle ticket, and one gift bag. The event on Friday, August 2 is completely open and free to the public, and it’s said that Ibaka might be making an appearance to sign autographs — you’ll just have to wait and see.

What: 19+ Serge Ibaka x Topik Wear Launch Party
When: Thursday, August 1, 2019 from 7 p.m. to 10 p.m.
Where: Yorkville Village, The Lane, 136 Yorkville Avenue, Toronto
Cost: $140, which includes one ticket to the Serge Ibaka Private pop-up, one boxer set, unlimited food and drinks, one raffle ticket, and one gift bag.

Articles You Might Be Interested In
A Toronto Museum Is Auctioning Off Raptors Sneakers From The Championship Game
6 Notable July Restaurant & Store Openings In Toronto To Have On Your Radar
H&M Just Announced Its First Chinese Designer Collaboration
SaleSpy: Here’s What To Expect At The GOTSTYLE Summer Sale
19 Of Our Go-To Summer Rooftop Patios In Toronto