It’s hard to argue with the importance of accessories in woman’s wardrobe.

Being the key element in every look, the right accent can completely transform the most simple and dull outfit into a sophisticated and elegant in just a matter of seconds. But what if it could not only change your look but also help change someone’s life?

NimiNimi scarves designed by Nimi Nanji-Simard are a rare combination of both – fashion and a desire to help. Worn by Sophie Gregoire-Trudeau at the 2016 Remembrance Day ceremony, the luxury scarves instantly became recognizable, which since then has opened many doors to the Montreal-based brand. 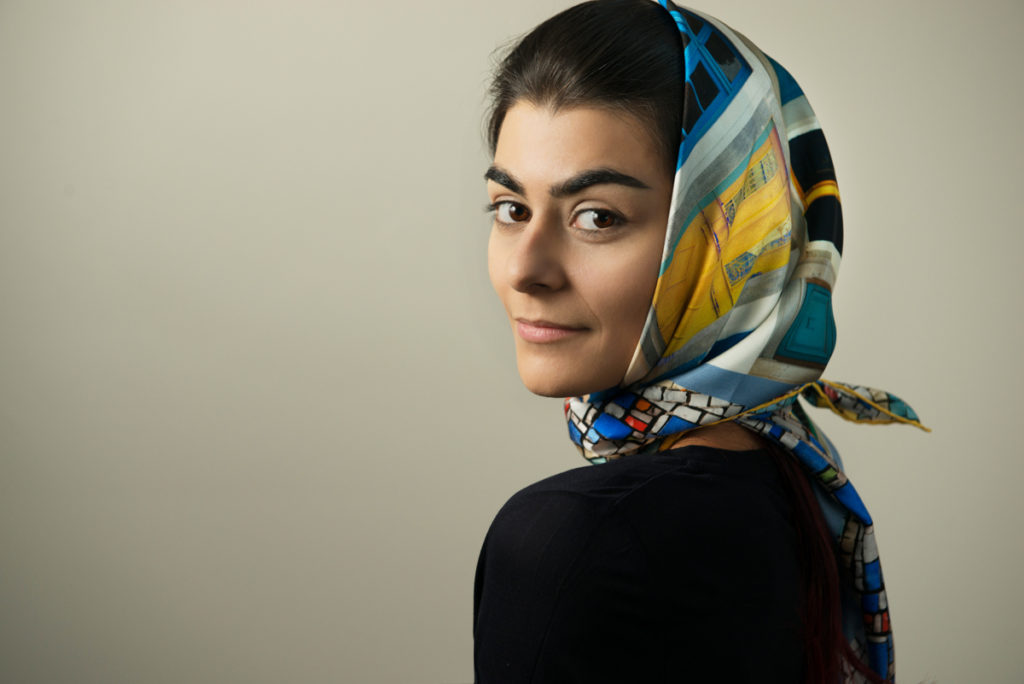 Scarves are Nimi’s passion project that has reflected her life, beliefs, and experience.

On the finest silk fabric hand rolled in Italy, she paints the story of her life and everything that touched her while she was traveling and living in the world. From her native Uganda origin to her new home country – Canada, Nimi’s design echoes the colors and motifs close to her heart.

“I designed the first scarf in January 2016 at the age of 59. I called it Couleurs Du Monde. It has images of objects from several countries including Australia, New Zealand, India, and Kenya,” said Nimi.

The designer moved to Canada when she was 16 with her family as political refugees. All people of Asian origin at that time were expelled from her birth country Uganda.

“Canada received us with open arms and gifted us with education, accommodation, French Language courses and limitless business opportunities.  They even equipped us with our first winter coats from “Miracle Mart” in Montreal,” said Nimi.

Knowing firsthand the difficulties people experience when they move to another country as refugees, Nimi decided to take action and partnered with the United Nations High Commissioner for Refugees. Together they worked on a program intended to protect and support refugees and assists in their voluntary repatriation, local integration or resettlement to a third country.

Specifically for this project called “Ouvre Moi Ta Porte” which translates to “Open Your Doors to Me”  the Montreal-based designer created a silk scarf decorated with a mosaic print and.. doors.

According to the designer, this message reminds us that we have all come through different doors, at different times that were opened for us or that we opened for other loved ones.

This powerful message was also inspired by her desire to help Syrian refugees change their situation and facilitate their integration.

“Like most people, I was very affected by the Syrian crisis. It’s by no means the only one, having recently lived in Kenya, I was aware of the Somalis in camps in the Kenyan border towns. As an adolescent, I remember the Rwanda genocide. Recently it’s the Rohinga that weigh just as heavily in my heart.”

Nimi is sure that the fact that we came with professions, an entrepreneurial spirit and most of all, the English language, unlike Syrian or Rohinga refugees, does not make us better or more deserving. On the contrary, she says that the other refugees are in a much worse situation and we need to open our doors for them. 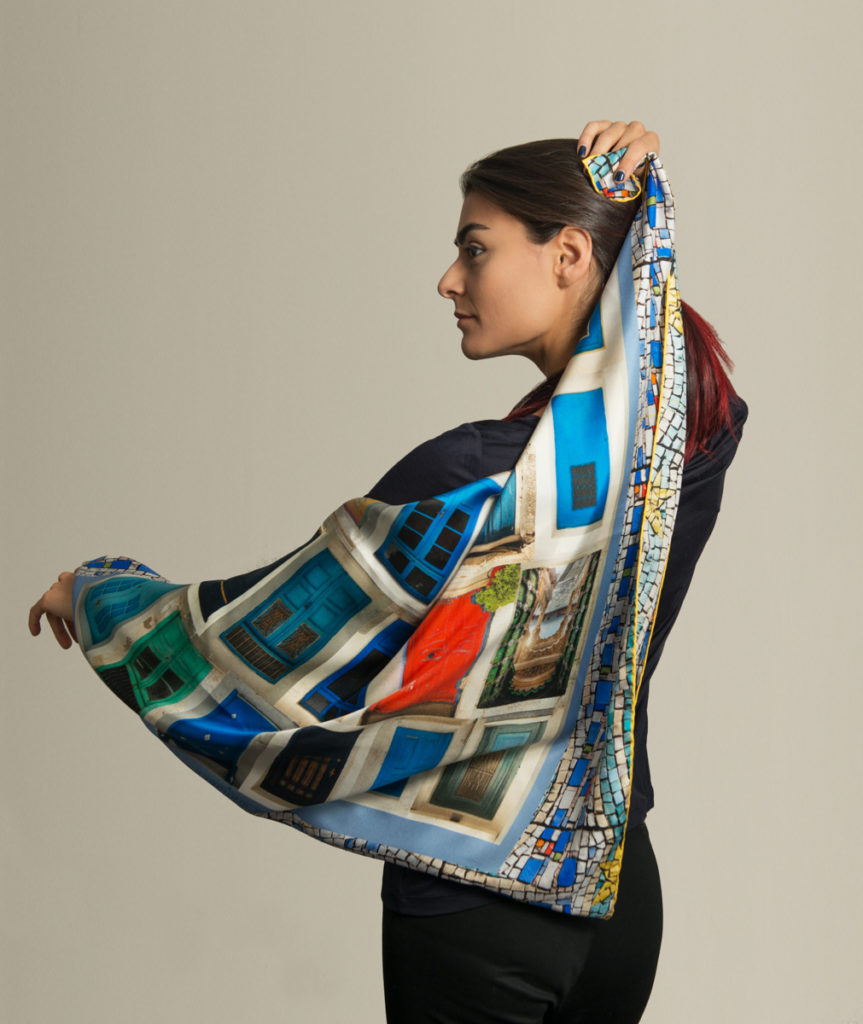 “All we are is lucky … to be here or born here and the others are not. I created the scarf and felt that partnering with UNHCR in NYC was the best vehicle to promote the scarf and raise funds. They were most gracious,” said the designer.

Would you support NimiNimi scarves  “Ouvre Moi Ta Porte” message? Share with us in the comments.