We’d like to introduce to you Allbirds newest release: the Tree Topper that JUST hit the market.

When you’re struggling with what to wear in-between seasons, these are the perfect shoes to slide on. They’re breezy but have insulation to keep you warm.

The Tree Topper is Allbirds’ take on the high top sneaker, and we’re already obsessed. They come in two core colours, which are CHARCOAL and KAURI JO, along with two additional limited-edition colours, ZIN and FIDDLE LEAF. They follow the usual silhouette as the Tree Runners and Skippers, but the Tree Toppers are the ankle-high version. Retailing for $165 CAD, the design is simple yet fashionable, and their new SweetFoamTM soles, powered by Brazilian sugarcane, add extra bounciness.

“The Tree Topper is a true representation of our approach to design and sustainability,” said Jamie McLellan, Head of Design for Allbirds. “With just the right amount of nothing and comfort as a non-negotiable, the Tree Topper is a playful canvas for showcasing our three hero materials.” 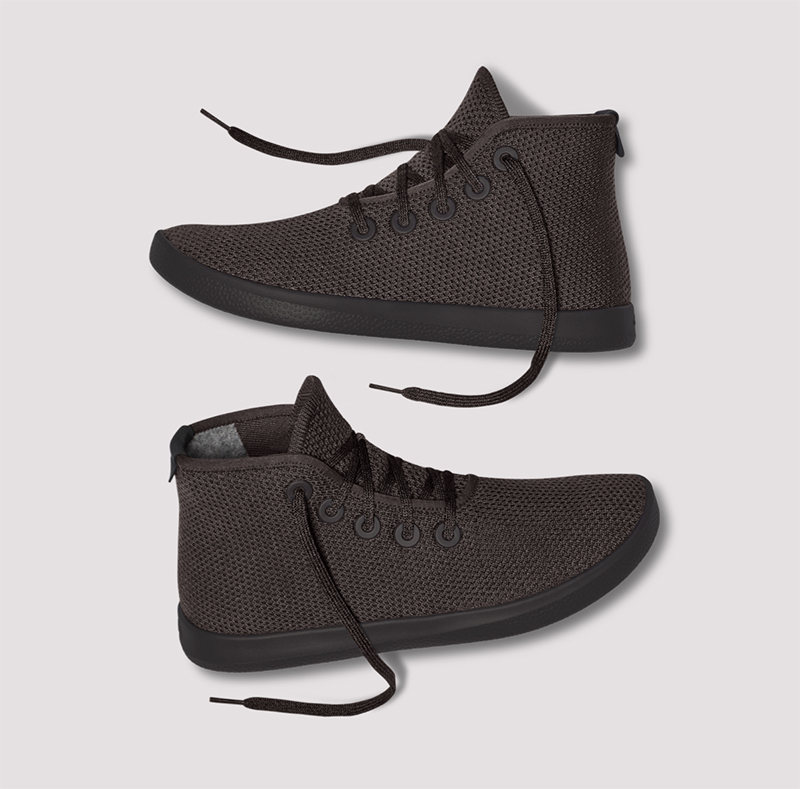 Besides the Tree Topper, there are three styles of shoes and two materials for men and women – the Runner, Lounger and the most recent, the Skipper, for $135. For children, they are called “Smallbirds.” All styles are unisex and minimalist. Time Magazine coined the brand “the most comfortable shoe in the world,” and it’s been constantly featured in articles for being known as the comfiest yet most stylish footwear around.

For those who don’t know about Allbirds, the company is a sustainable footwear brand that uses premium natural materials designed for everyday life. Co-founders Tim Brown and Joey Zwillinger have worked to create better shoes in a superior way and are on a mission to prove that comfort, design, and sustainability aren’t mutually exclusive. The name “Allbirds” is a historical reference to New Zealand, which was so remote at one time that its only inhabitants were “all birds.”

Co-founder Tim Brown had the idea for the company while he was vice-captain of the New Zealand football team. His idea was launched on Kickstarter, and it raised $119,000 in five days. Brown teamed up with Joey Zwillinger, a biotech engineer and renewable materials expert, to create the Allbirds brand in March 2016.

Last summer, an Allbirds pop-up shop opened at 700 Queen Street West that had an open-space concept with lots of seats to try shoes on. In the back, there was a beautifully designed “runway” that encompassed Toronto’s personality, which included concrete sidewalks, a wooden boardwalk and stones laid along the pathway with graffiti-type art splashed on the walls.

As told by The Wall Street Journal, “though Allbirds has been profitable since launch, the Bay Area has seen plenty of companies who set out with high-minded plans to make a better widget, only to wind up bankrupt in short order. Thus far at least, Allbirds squishy, eco-conscious sneakers represent a rare Silicon Valley success story in the clothing industry.”

The company is so sure of their brand that their website even boasts, “Lace up and let loose. Take 30 days to parade around town. If you’re not swept off your feet, we’ll take them back, no questions asked.” That doesn’t seem like a bad deal at all.

Another amazing thing about these shoes is that they’re wool—specifically merino wool, and not only does the wool regulate temperature and moisture—it minimizes odor. Oh, and you can also throw them in the wash if they get dirty. It’s as simple as that! Follow the instructions below to keep to make sure your kicks last as long as they can.

Here’s How You Can Clean Your Allbirds:

All images courtesy of Allbirds