Our favourite Toronto music icon Drake has lots going on right now, from dropping banger after banger, creating a clothing line called October’s Very Own, surprising fans at shows, and opening up his very own restaurant. But apparently, his fans aren’t too impressed with his new Yonge Street spot.

The restaurant is called Pick 6IX and we previously wrote about it when it was just opening in January. According to a whole bunch of reviews and our friends at Narcity, the restaurant is actually doing really poorly. Come on Drake, so much for being a 6 God! You’re going to give us trust issues (sorry, I had to).

lux·u·ry: the state of great comfort and extravagant living #Pick6ix

Apparently, the vibe of the restaurant has a nightclub feel but also of a family dining aesthetic. Sounds weird, no? The wall is decorated with a wall of golden Ace of Spades champagne bottles, which seems highly unnecessary. The Star reported, “while the service is genuinely sweet, the Asian fusion food is overpriced and problematic, like unpleasantly crunchy fried rice for $26.” So, it’s expensive too – big surprise. They even charge for normally-free condiments, like ketchup for $2. Ridiculous, I know.

Where food and creativity become one #chefstable #culinary #extravagance

The restaurant is advertised as a “sushi & Asian-influenced dishes plus drinks served in a sleek gold-accented haunt co-owned by Drake.” Yes, Susur Lee is behind this restaurant as well but Drake is the face of the brand. There is apparently a VVIP section. Yes, that’s spelled correctly.

Sorry, not sure if you’ve seen but the washroom is SLIGHTLY over the top:

Right now, the restaurant is rated a big 2.3 stars on Yelp which isn’t very impressive. Seriously, these reviews should tell you enough: 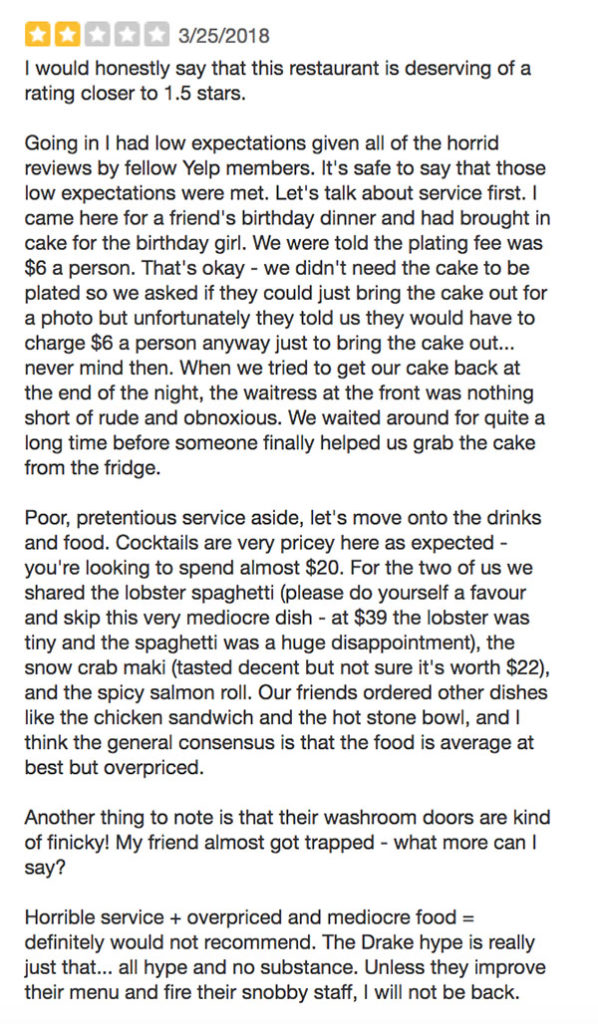 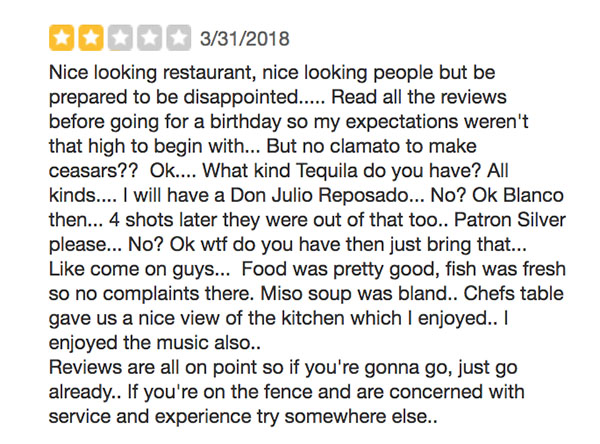 Another quote from The Star: “Like the rest of Pick6IX, it’s a letdown.” Enough said.

Have you been to Pick6? Let us know what you think of it in the comments!