The holidays have come and gone, and many retailers are packing up shop and clearing out merchandise. While some are closing up for good, others are quietly making an exit.

Below you’ll find a number of retailers closing doors in the next few weeks. Some have new locations in the works, some have other stores to visit, and others we bid adieu to forever.

With whispers in the air about the future of J. Crew in Canada, another store closing doesn’t reflect well on the brand. The CF Toronto Eaton Centre location is slated to close permanently on January 6, despite being a fairly profitable store. Once the store closes, there will only be three full-price J. Crew stores left in the GTA: Bloor St. West, Sherway Gardens, and Yorkdale Shopping Centre. The American brand has seen many Canadian closures in the past 12 months including CF Markville, CF Fairview, and CF Chinook Centre.

Our friends at Retail-Insider report that Hugo Boss will be shuttering its flagship store on the affluent Bloor St. West in Toronto. The store, which has been a hot spot for celebrities during TIFF, will be closing on January 20. The space is currently listed for lease and no tenants have been confirmed for the space yet. But if you’re a fan of the store, don’t fret! A new flagship is slated to open at Yorkdale Shopping Centre, although no date has been confirmed yet.

Walmart will be closing down one of its locations in Toronto. The Cedarbrae Mall store, located in Scarborough, currently neighbours big box retailers like No Frills, Canadian Tire, and JYSK, and will close its doors come the end of January. In a statement to Metroland Media, Anika Malik, Walmart Canada’s director of corporate affairs, said that the lease was up for renewal, however, due to factors such as “age of the building, concentration of stores and overall ability to best serve our customers,” Walmart Canada decided not to move forward.

Back in 2017, Montreal-based Reitmans announced that it would close all of its Hyba Activewear stores, and the time has finally come. The CF Toronto Eaton Centre location is set to close by January 27 along with remaining Hyba stores. An employee at CF Toronto Eaton Centre made note that, depending on inventory, other stores may close even sooner. While all Hyba stores will close doors for good within the next couple of weeks, shoppers will still be able to find the activewear label at 230 Reitman stores across Canada, as well as online at hyba.ca. 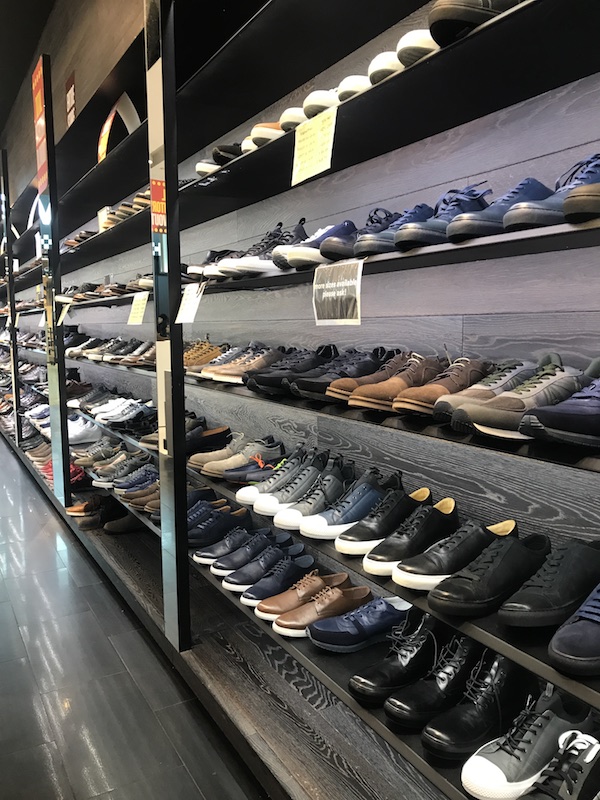 As previously reported, DSW is shuttering its chain of Town Shoes stores. All locations will close by the end of the company’s fiscal year in January 2019. The closures come after 66-years in business. By the end of the month, 38 Town Shoes stores will vanish from across the country and GTA-based malls like Yorkdale Shopping Centre, TD Centre, CF Toronto Eaton Centre, and more.

Correction: A previous version of this article stated that after the J. Crew CF Eaton Centre closure, J. Crew would only have two stores left in the GTA. The article has been revised to acknowledge a third location on Bloor St. West.