With that being said – and despite how bleak the dating scene might seem at times – there are a lot of romantic people out there that are willing to go to great lengths to put a smile on their partner’s face. We’ve rounded up the 9 most romantic Toronto marriage proposals below.

While airports are usually a dull place, one soon-to-be husband made waiting for flights a little more fun by having his proposal announced at his and his now-fiancee’s departure gate. But here’s what makes the proposal even more romantic: they met at that very airport.

This might be the most Canadian proposal ever. One romantic fella decided to surprise his soon-to-be wife at her regular Tim Hortons stop in North York. He popped on the drive-thru headset, took her order and surprised her at the window. We hope this couple gets free Tim Hortons for life!

Going through YouTube videos, it’s pretty clear this magician makes his living helping people propose, but out of all the magic moments he’s helped to create, this one has got to be the best and sweetest.

One lucky woman was surprised on what seemed like just another walk with her boyfriend through one of Toronto’s busiest neighbourhoods at Yonge and Eglinton. After her boyfriend pointed up, she noticed the words “WILL YOU MARRY ME” spelt out inside the windows of a developing condo building.

This one takes the cake for most over-the-top fairytale-esque proposal. Earlier this year, Ross rented out Casa Loma for a private tour with his long distance girlfriend. Included in the tour is a marching band, solo acoustic guitar player, a true princess crowning and finally, the proposal.

This one’s straight out of a movie! Back in 2015, we interviewed the mysterious couple that stole the hearts of our readers with their Yorkdale Mall flash mob proposal. Below, watch as Michael surprises his now wife, Stephanie on a shopping trip with a flash mob proposal with the help of the York University Dance Team.

Okay, now this might be the sweetest and best thought out proposal on the list. Just before Christmas, Alek Von Felkerzam had his then-girlfriend run around the city to complete a scavenger hunt. With a first stop at DAVIDsTEA, she received a container of tea that had her next clue hidden inside, leading her to Sport Chek. Once she arrived at Sport Chek, she was given a package with a pair of skates and her next clue, which led her to Mendocino. At Mendocino, the staff helped her pick out a beautiful dress which she then wore to her next destination, Nathan Phillips Square. Once she arrived, the couple went for a skate around the rink where her now-fiancé got down on one knee and proposed. Read the full story here. 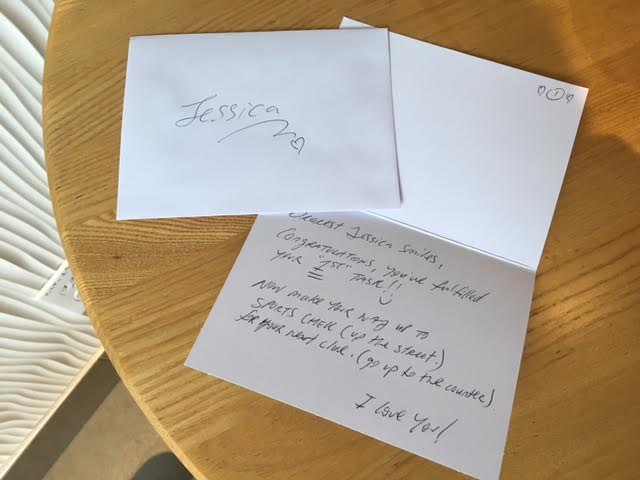 This marriage proposal is definitely one of the more memorable ones. Reddit user McYay and her boyfriend went on a date to Toronto’s Ripley’s Aquarium. While in a tour, the guide asked for two volunteers to play a game, and naturally, the couple was chosen. The guide asked McYay’s boyfriend try to describe the type of stingray in the tank to her, with the answer to be revealed in behind her. Unfortunately, the attention-hungry stingray blocked the sign, but McYay got the gist of it and some pretty funny photos to go with the proposal.

The Square One Flash Mob

Another mall, another flash mob proposal, this one at Square One in 2012. Watch as this romantic man takes Gap shoppers by surprise with dancers undercover as employees to propose to his unknowing soon-to-be wife. And when we mean mob, we seriously mean it – there are tons of dancers doing flips and all.

Which Toronto marriage proposal was your favourite? Let us know in the comment section.

Posts you might be Interested in:
A Wedding Expert Shares 3 Tips on how to Personalize you Wedding
5 Soon-to-Wed and Newlyweds Share How Much You’re Really Suppose to Gift at a Wedding
The Best Wedding Destinations to Tie the Knot
The Best Places to Shop for the Unconventional Bride in Toronto
How to Tackle Wedding Season without Going Broke

Cute Jewellery You Can Find on Amazon Right Now