2017 was one of the busiest years in recent memory for the footwear industry and it doesn’t look like it will be slowing down in 2018. Last year, we saw the influence of individuals such as Kanye West and Pharrell Williams on the resurgence of adidas, along with the impact of Virgil Abloh and his “The Ten” collection with Nike.

The new year has just begun but the list of confirmed releases continues to grow and it is safe to say that the hype surrounding some of these releases is growing every single day. With countless more releases yet to be confirmed, here are the ten sneakers that we are most excited to see in 2018: 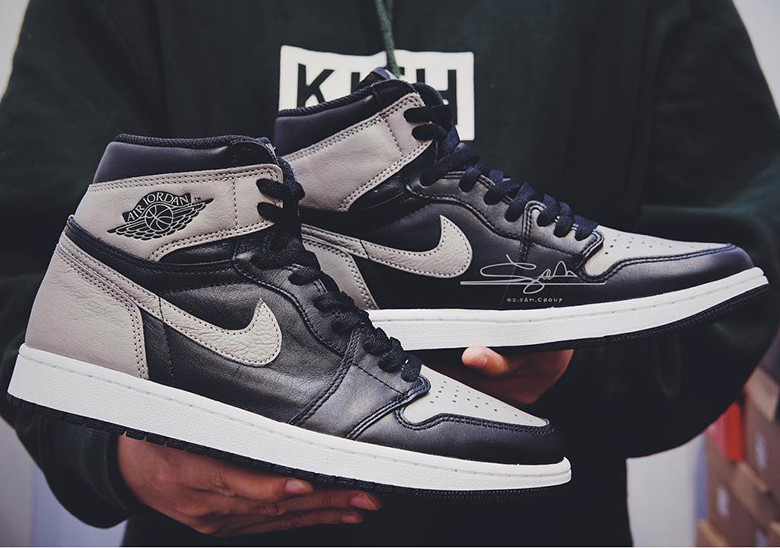 Following in the footsteps of the “Bred” and “Royal” colourways of the Air Jordan 1 in the past two years, the Air Jordan 1 “Shadow” is set to return in April with a similar remastered update like its counterparts. It is said that this pair will feature better leather quality than its 2013 predecessor and this iconic pair will be one of the most coveted releases of this year. 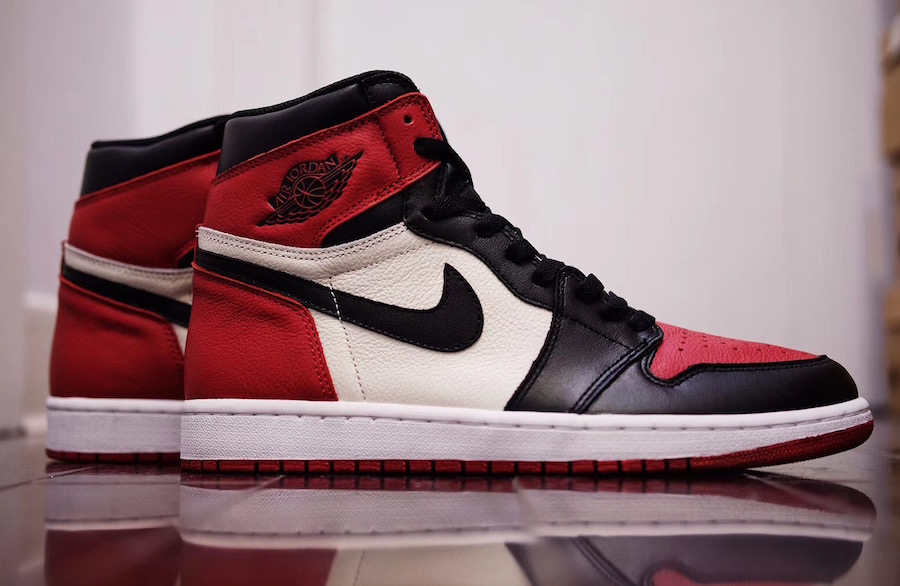 In recent years, we have seen a mashup of original Air Jordan 1 colourways as seen on the “Top 3” and other similar colourways. This “Bred Toe” rendition, set to release in February, is a essentially a combination of the “Bred” toe box on the “Black Toe” upper, and it has made waves on social media with its leather quality that has been compared to the notorious “Shattered Backboard” colourway. 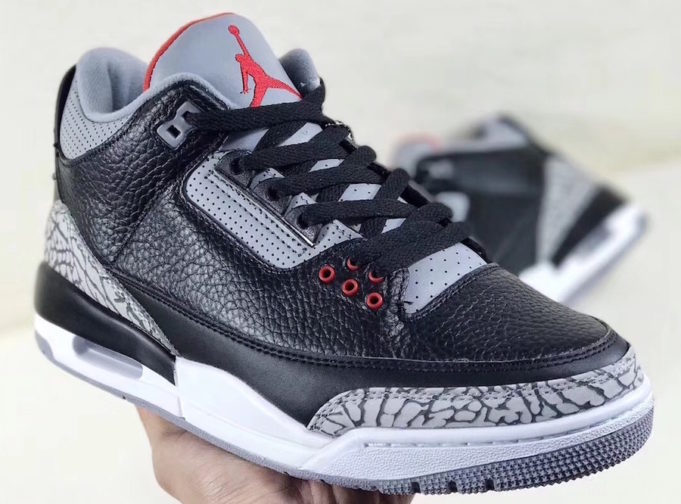 To celebrate the 30th anniversary of its original release during the 1988 NBA All Star weekend, the Air Jordan 3 “Black Cement” is set to release in February with the original ‘Nike Air’ branding that hasn’t been seen on this pair since the 2001 retro. The Air Jordan 3 “Black Cement” is arguably one of the best shoes ever created and it will be an absolute must for most collectors. 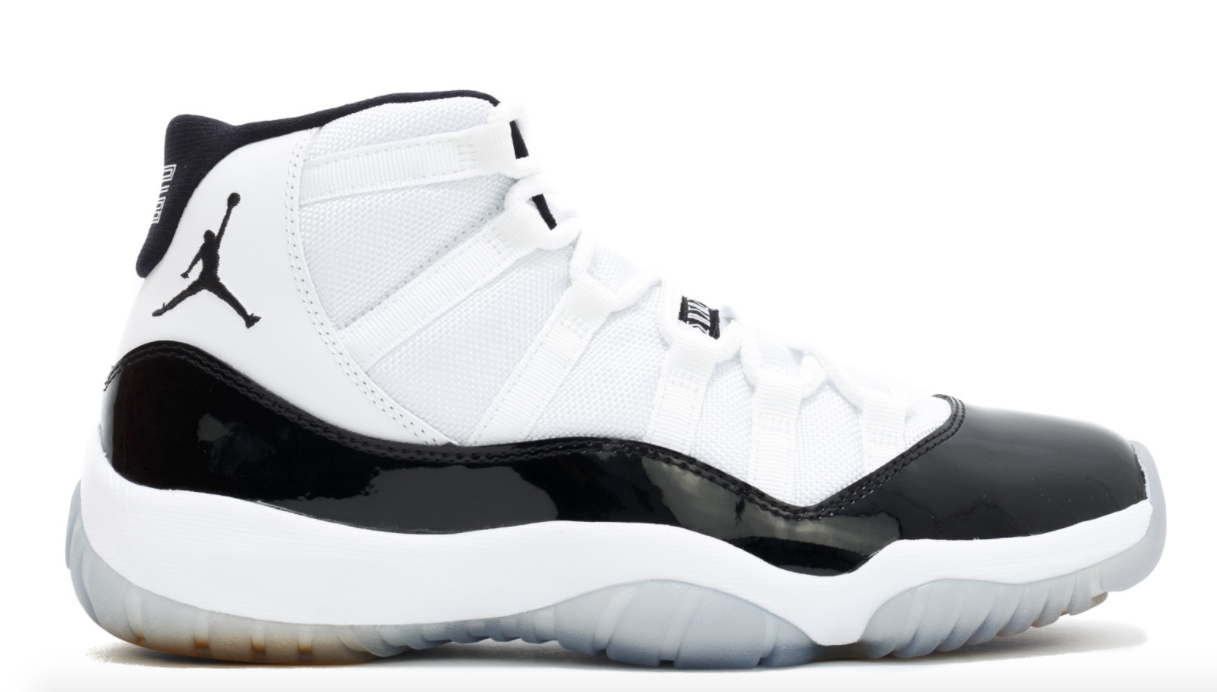 Another classic Air Jordan model that can be argued as one of the best shoes ever created, the Air Jordan 11 “Concord” is set to release during the winter holiday season. It continues the trend of Jordan Brand releasing an Air Jordan 11 colourway during each holiday season, and this release will be one of the most anticipated releases of the year. 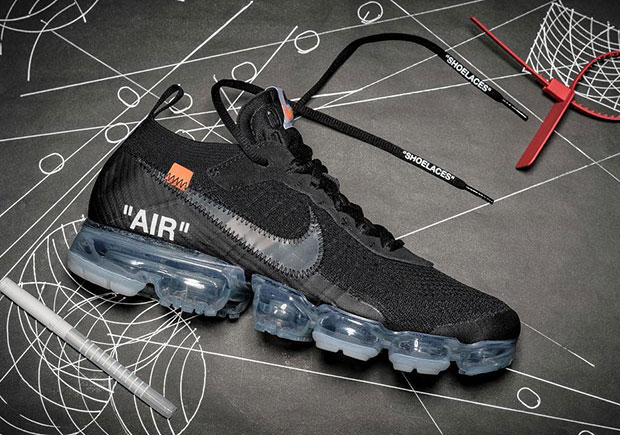 “The Ten” collection by Nike and Off-White founder, Virgil Abloh, took 2017 by storm and the second collection is said to release this year. The Air VaporMax model was one of the favourites from the first collection and this year, we will be seeing a second iteration of the model and possibly another full collection. 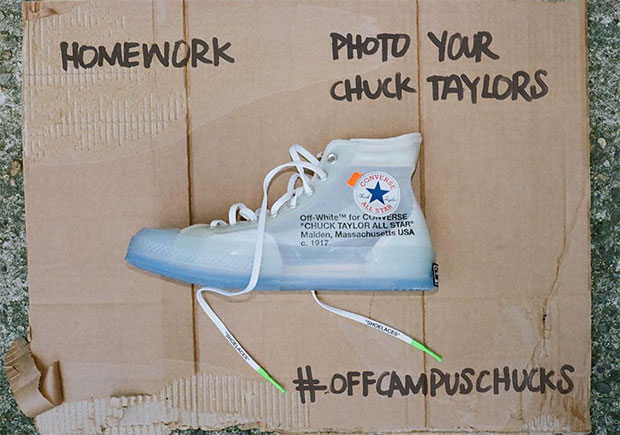 The tenth pair from the original “The Ten” collection by Nike and Virgil Abloh, the release of the Converse Chuck Taylor All Star got pushed back and did not release with the rest of the collection. We have been teased with photos for a long time and it is rumoured that we will be seeing a release of this pair in February. 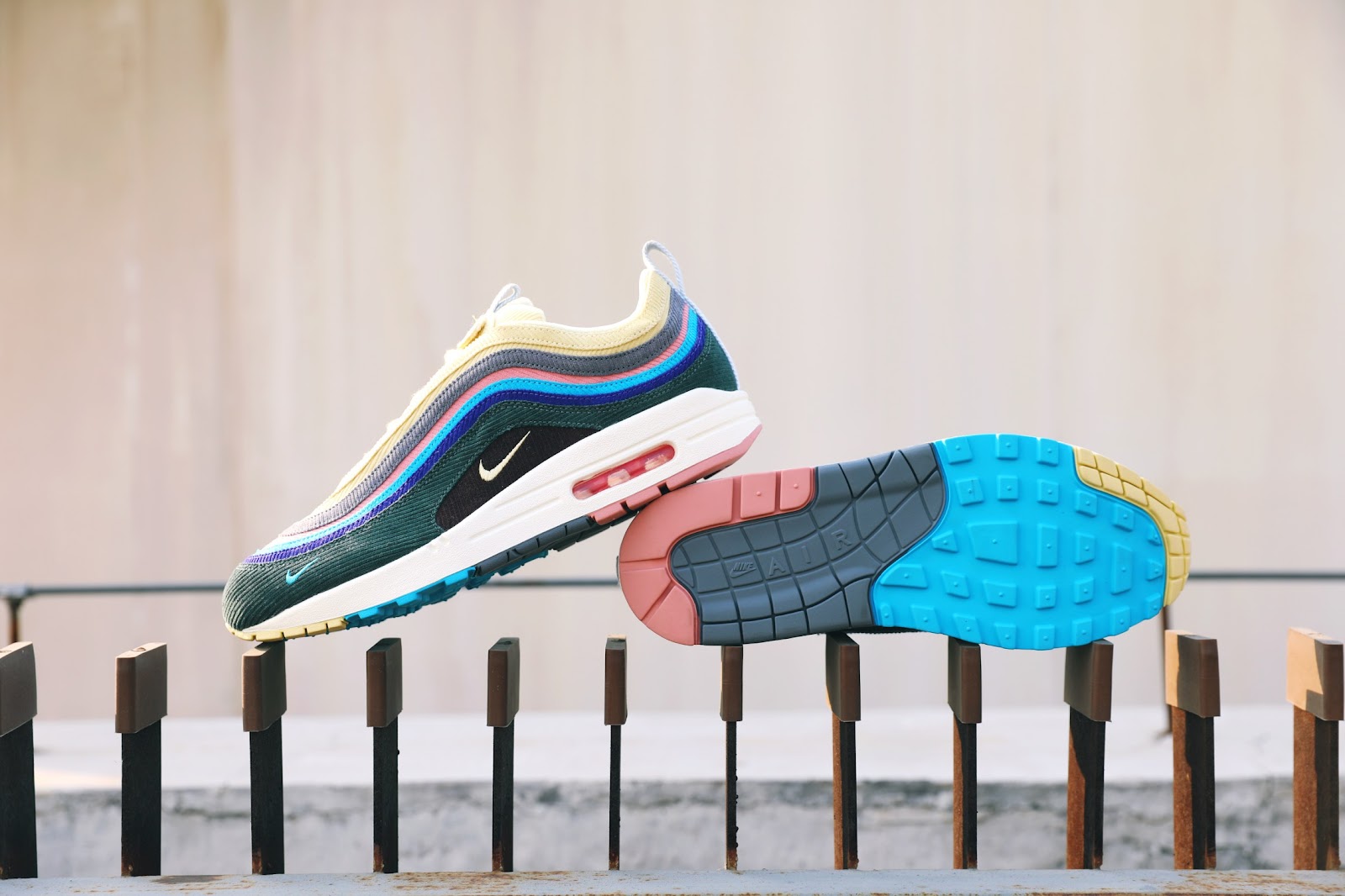 As the winner of the Vote Forward campaign from Air Max Day 2017, Sean Wotherspoon got the opportunity to design his own Air Max model and we will be seeing a global release this year around Air Max Day. We saw an early release of the shoes during the latter part of last year and it grabbed the hearts of many Air Max enthusiasts with its combination of the corduroy Air Max 97 upper on the classic Air Max 1 soles. 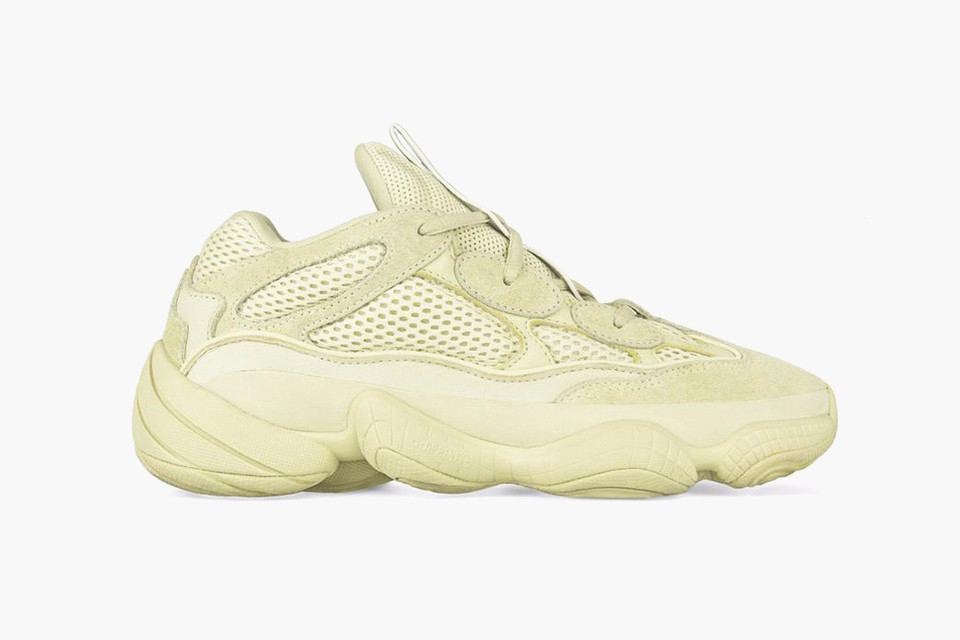 Kanye West kept his word and released a plethora of Yeezy’s last year that an immense number of people were able to get their hands on a pair. Looking to build off that momentum, adidas will be releasing the first Yeezy model without its Boost technology, but instead, it will feature the adiPrene foam technology. 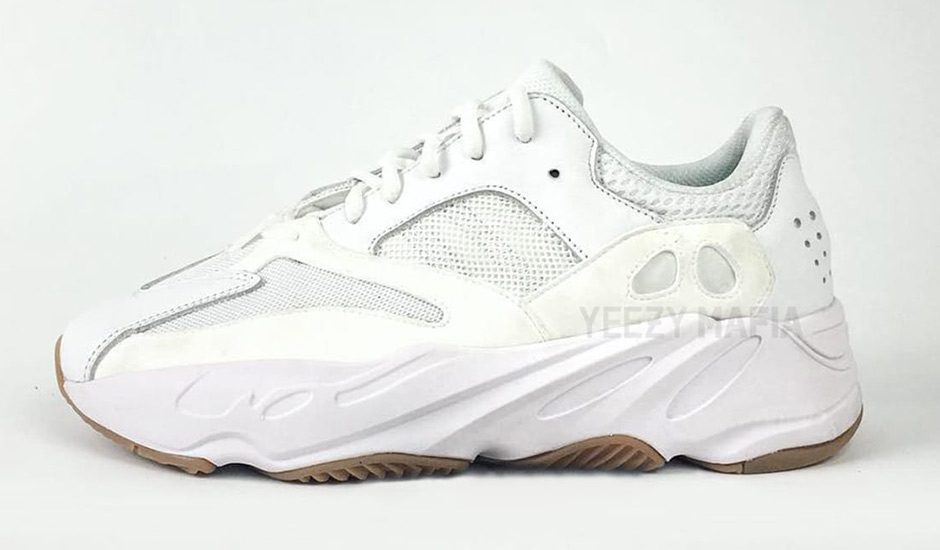 One of the biggest trends of this past year was the bulky sneaker silhouette, often referred to as ‘Dad Shoes’, and Kanye rode the wave with the release of the Yeezy Boost 700. Although it was met with lukewarm reception during its pre-sale release, many people began to change their mind and the Wave Runners became one of the hottest shoes of last year. Look out for more colourways of the Yeezy Boost 700 to release in 2018. 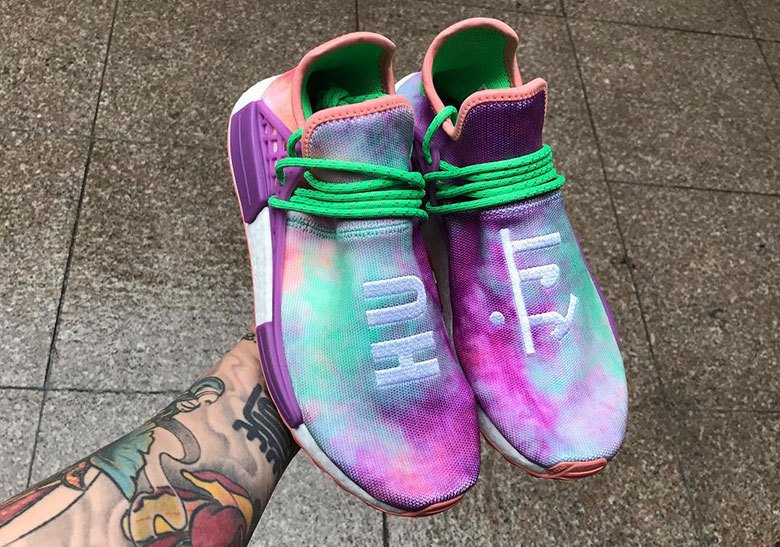 The adidas NMD has been one of the most popular silhouettes over the past few years and Pharrell’s NMD models have been some of the most desirable sneakers in the same period. Look for the colourful adidas x Pharrell Hu NMD “Trail Holi” to release in March, honouring India’s festival of colour also known as Holi.

What do you think about the most anticipated sneaker releases of 2018?