The 2017-2018 NBA season marks the first year of the global apparel partnership between Nike and the NBA. For the global launch of the partnership, Nike selected four major cities to celebrate this monumental partnership: New York, Los Angeles, Chicago, and Toronto.

The partnership features apparel and accessories for each NBA team, with both on and off-court styles in team specific colourways. In addition to the new apparel pieces such as the new ‘Therma Flex Showtime’ warm-up hoodies that will be worn by the players on the bench in game, one of the statement pieces from the collection is the new jerseys.

Nike redesigned the jerseys of every NBA franchise, but they did this while maintaining the tradition and history of each team. The changes to the fabric and design structure makes the new Nike jerseys 20% lighter compared to last year’s jerseys by adidas. The design team at Nike received input from players such as LeBron James to make it lighter and more breathable. Every adult jersey comes with near-field communication (NFC) chip implanted in the tag which allows you to access exclusive content through the NikeConnect app.

Earlier this month, Foot Locker Canada and Nike Toronto gave select individuals from Toronto the once in a lifetime opportunity to create their own bespoke Raptors jersey. Each individual chose the number and name on the jersey, as well as the materials and stitching to be used on the jersey. There were a variety of materials for the customization such as stingray, snakeskin, nubuck, and satin to go along with a variety of colours for the stitching. 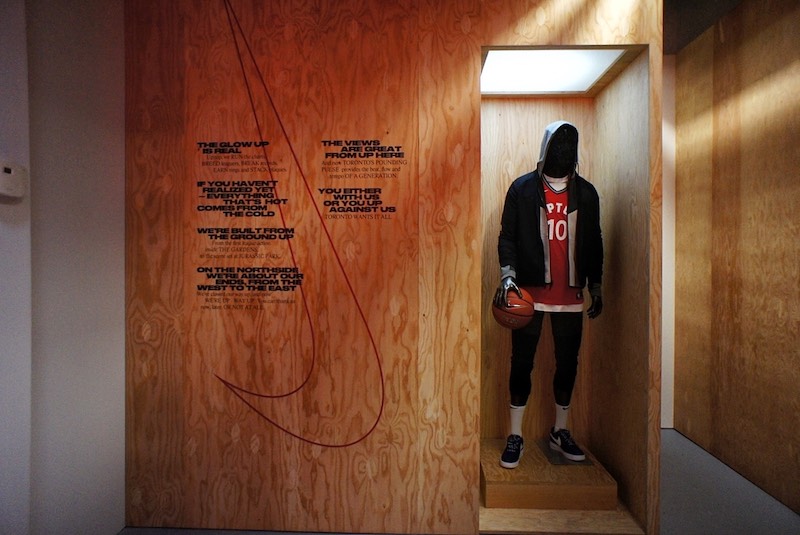 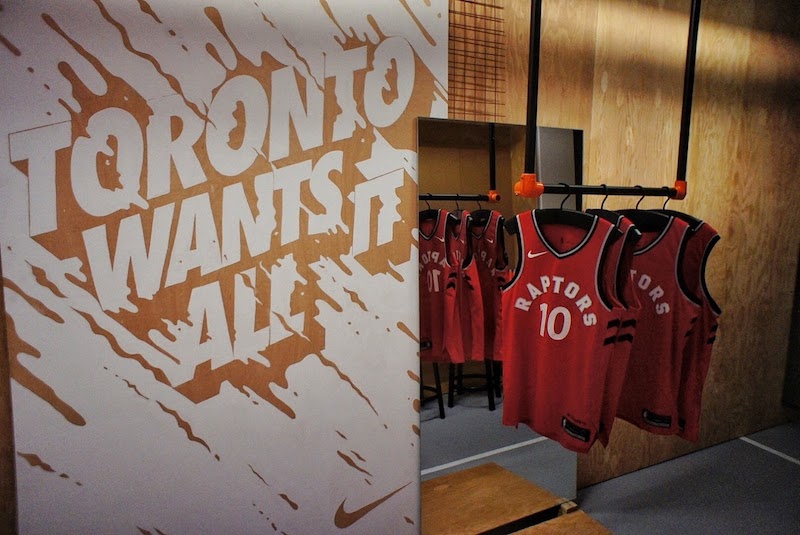 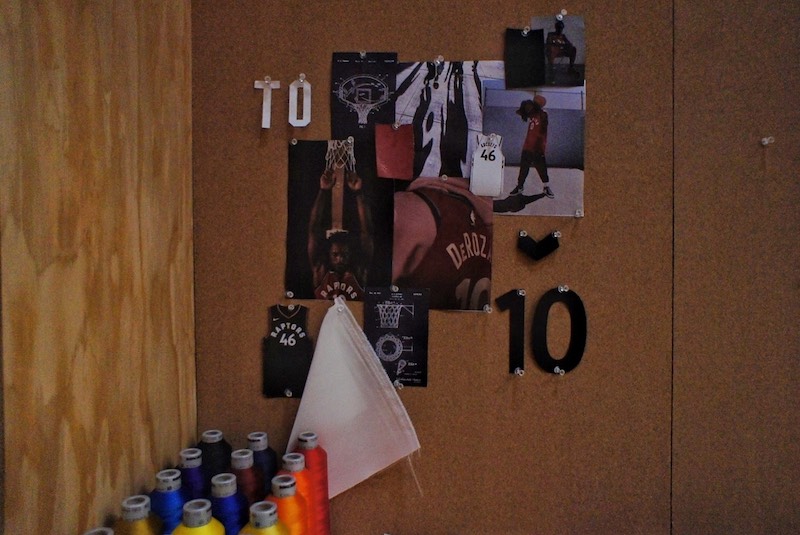 Will you create your own NBA x Nike by You jersey at House of Hoops?

All images by Jonathan Kim

Posts you might be Interested in:
3 Reasons Why We’re Obsessed with the New Nike Clearance Store in Mississauga
The 10 Best Canadian Online Stores for Sneakers
Frank And Oak Launches New NBA Licensed Merchandise
Take a Peek Inside “The Greatest Sneaker Show on Earth”
Take a Tour of Footaction, CF Eaton Centre’s Newest Sneaker Store