Let us introduce to you the best new drink of the summer—the Georgian Bay Half Smash!™ This craft cocktail in a can has been flying off store shelves and once you try it, you’ll understand why!

Crafted by Georgian Bay Spirit Co™, the same Canadians who created the record-breaking Gin Smash,™ The Half Smash has all the same great flavour but with half the alcohol, sugar and calories!

One could say, it’s smashing expectations!

And the timing for this new bevvy couldn’t be better considering the rise in low alcohol preferences today. Not only is this gin-based craft cocktail in a can fewer than 100 calories it’s also 2.5% alcohol, so you can sip away without going overboard.

Denzil Wadds, co-founder of Georgian Bay Spirit Co raves about their latest innovation as it fits the bill for weekday lunches, post-yoga sips and for any mindful drinkers who want to indulge in a full-flavour cocktail without overindulging in alcohol or calories.

We love seeing small Canadian brands really making a splash in the market, which the Georgian Bay Spirit Co has done over the past few years.  They’re now one of the top ten canned cocktails in Canada, going head-to-head with the big global brands!  Go Canada! That definitely speaks volumes about their taste and quality. 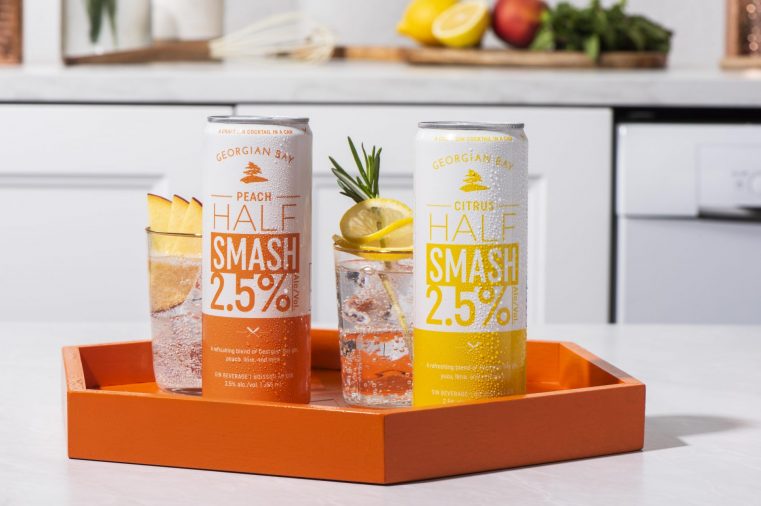 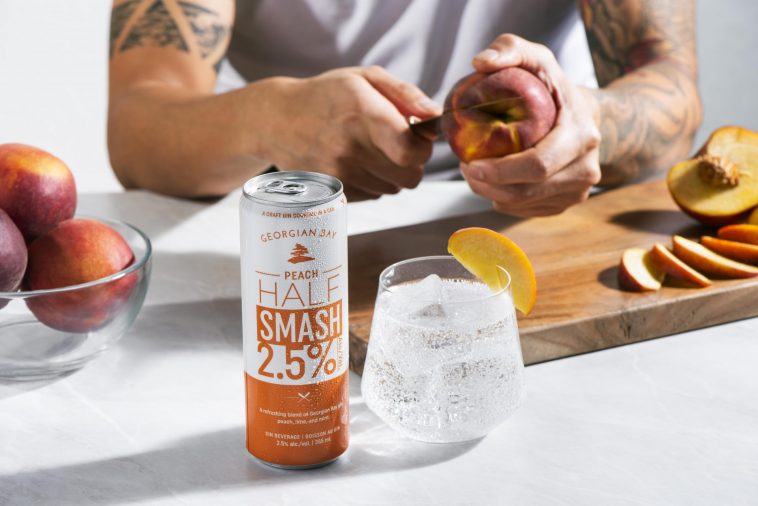 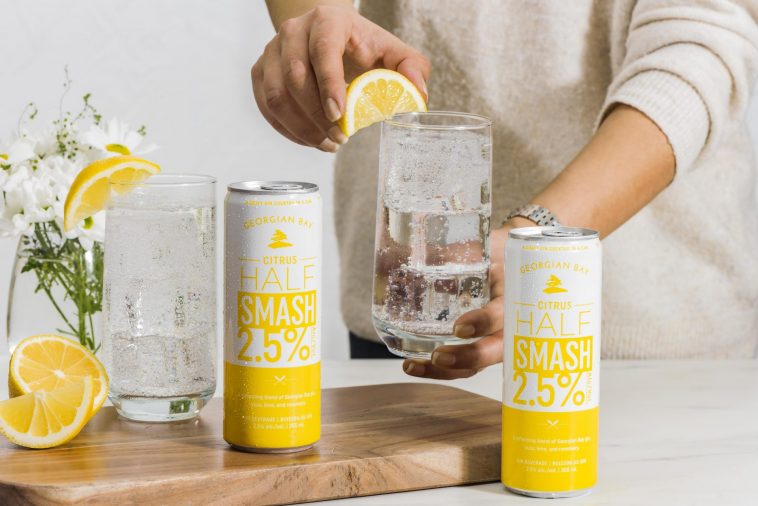 These refreshing craft cocktails are available at liquor stores across the country,  so grab a can (or two) today and try them out for yourself! You can thank us later.

Our fave way to enjoy the Half Smash is on its own, but if you’re feeling fancy, you can totally spice it up with the recipe below.

Add ingredients to a sparkling wine glass, garnish with a peach slice and enjoy.

SaleSpy: Behind The Scenes At The Max Mara Sample Sale