Recent headlines predict the end of traditional retail stores, but what is really going on? We’ve all seen the huge players, from Sears to HMV, shuttering their windows, while others, such as Le Chateau, have shrunk in size. Even the king of Canadian retail, Hudson Bay, our oldest and now only traditional department just teamed up with WeWork to turn their empty spaces into temporary offices. And many malls are converting into condos.

But now for the good news on the retail horizon. According to the Financial Post, even with Amazon’s takeover of retail, there are still many signs that the traditional retail market is not declining, but only being reinvented. Just look at all the impressive Canadian newcomers in 2017: Moose Knuckles, Hunter, Woolrich, and Miniso. Lululemon, our star of athleisure, has not only grown in sales, but increased the number of stores in the U.S., U.K., Canada,  and Australia, and opened 3 stores in the fashion capital of Paris. Canadian icon Roots is also on an upswing, opening new stores in the U.S. and Canada, and renovating and enlarging existing stores. And other popular brands, such as Aritizia, H&M, Mackage, and Canada Goose, are expanding throughout Canada. 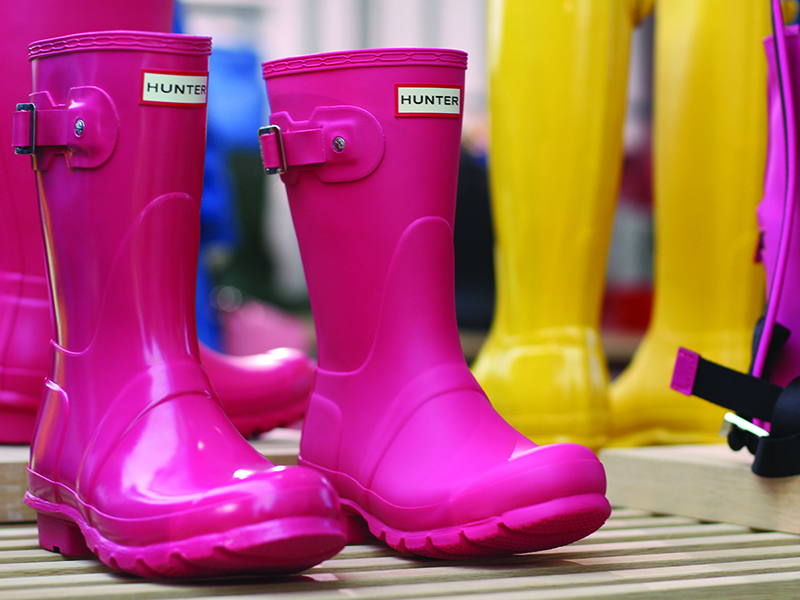 What two trends are causing the positive uptick in Canadian retail sales? Pop-up stores in malls and street fronts, and stellar brands, such as Mackage and Canada Goose, are opening their own stores instead of being sold at department stores and high-end boutiques. These new stores have reinvented retail with their diverse selections and have made shopping fun again. According to Noah Stern, President of Moose Knuckles, which just opened their store in Yorkdale, “a standalone store allows the company to showcase a breadth of alternative styles and promote the brand in a way that is different than what traditional retailers do.”

“There’s a transformation in retail, not an apocalypse. A lot of retailers are still doing great, such as HBC.” – Edward Sonshine, top real estate CEO

According to Edward Sonshine, top real estate CEO,”There’s a transformation in retail, not an apocalypse. A lot of retailers are still doing great, such as HBC.” As retail gets more competitive, retailers are coming up with new strategies. Other experts note that in Canada, unlike the U.S., there are less empty store spaces this year than last, even considering the exit of Sears, and predict that sales will increase even more in 2018. So say bye bye to the doomsday retail news.

Do you agree that it’s too early to say goodbye to traditional retailers? Let us know in the comments!

8 Retailers that Shut Their Doors for Good in 2017
Retailers Who Have Closed Locations in Canada 2017
Is This the End of Department Stores in Canada?
What Happened to French Connection?
3 Ways to Score a Real Deal While Shopping at Liquidation Sales

Everything You Need To Make A Restaurant-Quality Brunch At-Home

10 Of The Best Drugstore Concealers To Purchase