Throughout the years, the Canadian retail landscape has seen its fair share of ups and downs.

From major launches and comebacks, to the closures of longstanding, heritage brands, 2018 saw many impactful events that reshaped how Canadians shop. Take a peek at some of the most important stories from this year below.

All of your favourite childhood stores have been slowly closing. Toys “R” Us announced on Wednesday that is will close 180 stores in the United States.  According to the Toronto Star, while the president for Canadian Operations reassured customers that its business as usual in Canada, many insiders believe that Toys “R” Us won’t last. Continue reading.

2. Management At Pacific Mall “Deeply Disturbed” To Learn Counterfeit Goods Are Being Sold

News broke that Pacific Mall in Markham, Ontario is one of the biggest offending retail locations when it comes to the distribution of counterfeit goods in North America. In a press release from the mall, management said they were “deeply disturbed and disappointed” by the news. Continue reading.

3. Once-Popular Brand Mexx Is Set To Make A Canadian Comeback

The Dutch fashion brand will be re-launching in Canada and is looking to recapture what they once had in the Canadian retail landscape. At one point, Mexx stores were located in almost every major Canadian mall and operated more than 100 stores nationally. Continue reading.

4. It’s Official: Toys “R” Us Has Been Saved By A Canadian Company

Toys “R” Us Canada is currently reassuring consumers that although the American Toys “R” Us brand is pretty much all closed up, the Canadian arm, now owned by a Canadian company, is looking to recapture consumers and the brand is back in full-force. Continue reading.

Reuters is reporting that U.S. footwear and apparel company Nine West Holdings Inc filed for bankruptcy on Friday last week. The brand announced that it would sell off its Nine West and Bandolino footwear and handbag business to Authentic Brands Group. Continue reading.

6. The Largest Asian Shopping Centre Will Be In Markham

7. Nordstrom Rack Is Open On Bloor 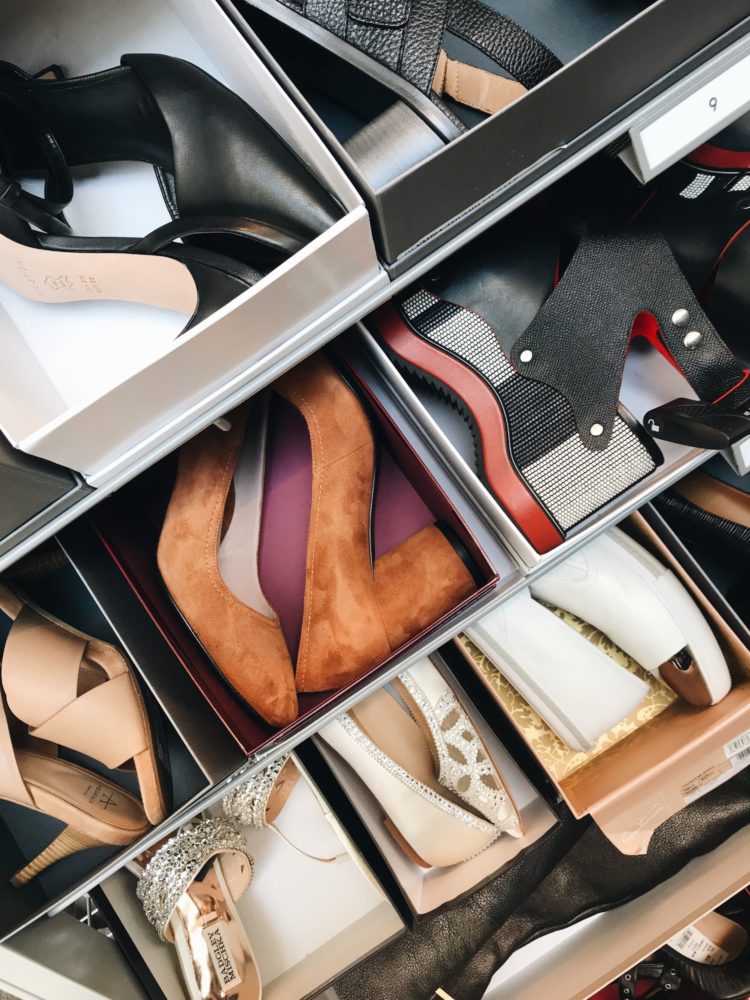 The flagship is located at One Bloor, and has the biggest selection of on-trend clothing, footwear, and accessories for men, women, and kids. Its floor to ceilings windows make it a bright and extremely pleasant shopping experience. Continue reading. 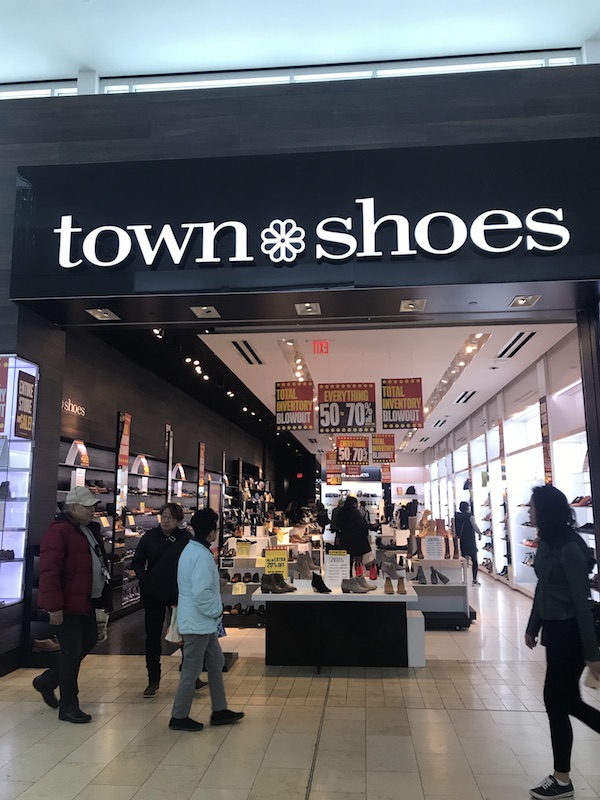 Iconic Canadian footwear chain Town Shoes is set to be closed down after a stellar 66 years in business. Town Shoes currently operates 38 stores across Canada, and according to industry insiders, this may cause problems for mall landlords as another departing chain will cause significant vacancies in malls across the country. Continue reading.

The new U.S.-Mexico-Canada Agreement will actually benefit Canadian shoppers that enjoy cross-border shopping or ordering from American online sites. One of the interesting aspects of the new agreement will increase the de minimis threshold for duty-free shopping. Continue reading.

10. American Apparel Is Back In Business With A Focus On Inclusivity

It was a sad day back in early 2017, when iconic fashion brand American Apparel went bankrupt and announced it would shut down its stores. But hot on the heels of a successful relaunch south of the border, the brand announced its plans for international e-commerce expansion earlier this year, setting its sights on Canada. Continue reading. 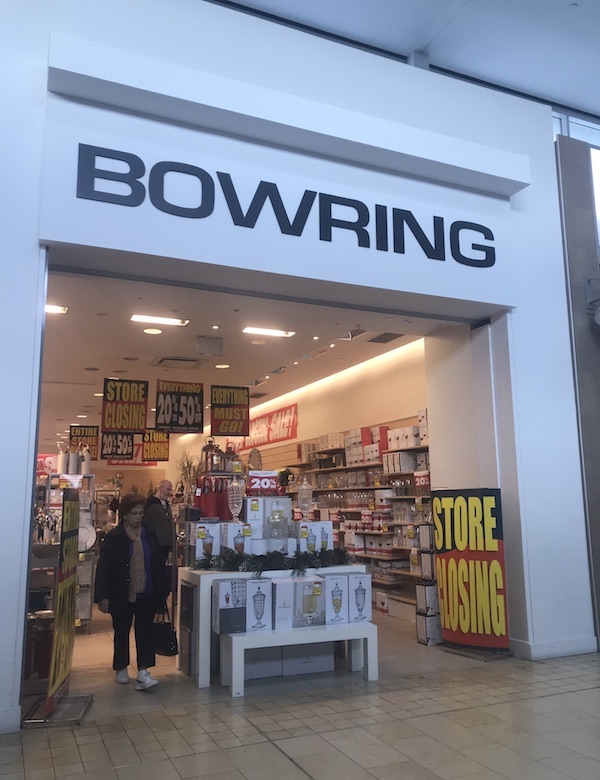 We’re sad to be saying farewell to Bowring Brothers and the Bombay Company, along with all their fantastic sales. Apparently, the home decor chains in Canada will be moving into liquidation mode after their Brampton-based parent company filed for creditor protection. Continue reading.

12. Gap Plans To Close Down Hundreds Of Flagship Stores

Gap Inc. is struggling with its flagship company, as it continues the fight to stay on top. The brand told analysts that it will soon be shuttering hundreds of its global Gap stores. Right now, the company is seeing 20% of sales and growing online, and 30% in its most profitable outlet stores, while the remaining flagship stores are bringing down profits. Continue reading.

As part of the Toronto Premium Outlets expansion, Aritzia launched a new outlet store — it’s the first of its kind in North America, and the store is joining 130 other outlets in 500,00-square-feet of outdoor shopping space. Continue reading.

14. Miniso Has Filed An Application For Bankruptcy

In the height of Canada’s love for Japanese retailers, it seems like not all retailers are performing as well as they seem to be. Miniso Canada’s parent company Miniso International Hong Kong Ltd. and Miniso International (Guangzhou) Co. Ltd. have allegedly filed an Application for Bankruptcy Order in the Supreme Court of British Columbia.

15. Inside Toronto’s New Japanese Lifestyle Store Where Everything Is Under $12 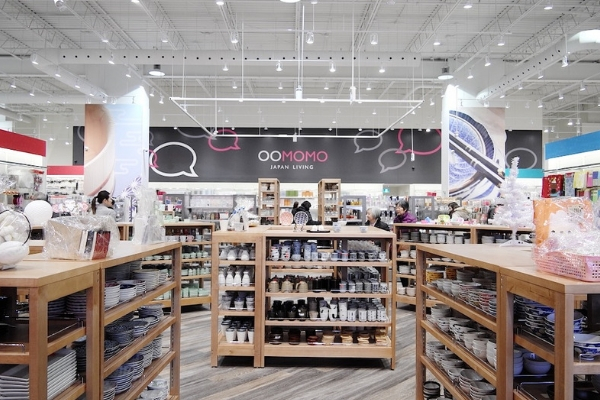 Oomomo opened their doors at Don Mills and Lawrence earlier this month. The store is the second in Canada, while the first opened in Edmonton, Alberta just last year. Despite only being on the market for a short period, Oomomo has seen massive success. Continue reading.