2017 was one of the craziest years in recent memory for sneakerheads. All of the brands from the footwear industry stepped it up this year with the introduction of new technologies, execution of unique collaborative projects, and the return of many sought-after classic silhouettes. There were some amazing collaborations throughout the year with fashion designers, contemporary artists, musicians, retail boutiques, and even an owner of a buy/sell/trade store!

As difficult as it was to narrow down the ten best sneaker releases of this year, it was even harder to put them in order. Some shoes were more widely available, whereas certain ones were extremely limited and difficult to acquire.

Here are our ten best sneaker releases of 2017: 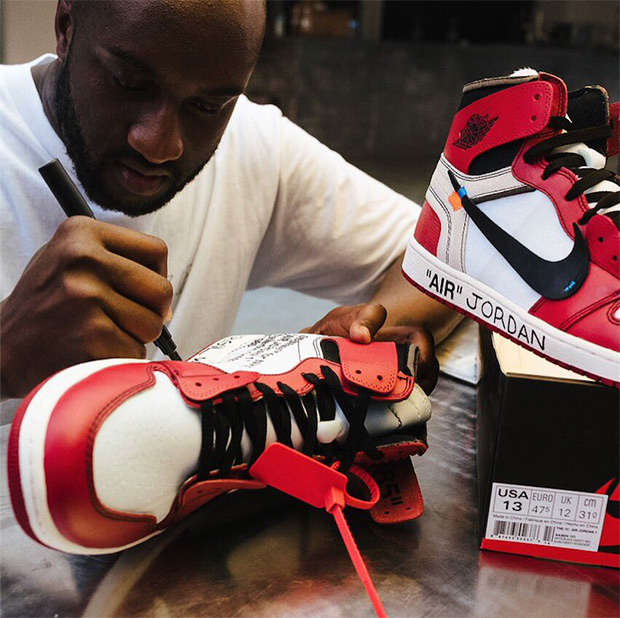 Virgil Abloh, the man behind the luxury fashion brand Off-White, unveiled his collaborative project with Nike called “The 10” this year featuring his take on ten different silhouettes. His take on the iconic Air Jordan 1 was arguably the highlight of the entire collection and it was rightfully awarded the 2017 Shoe of the Year by Footwear News. 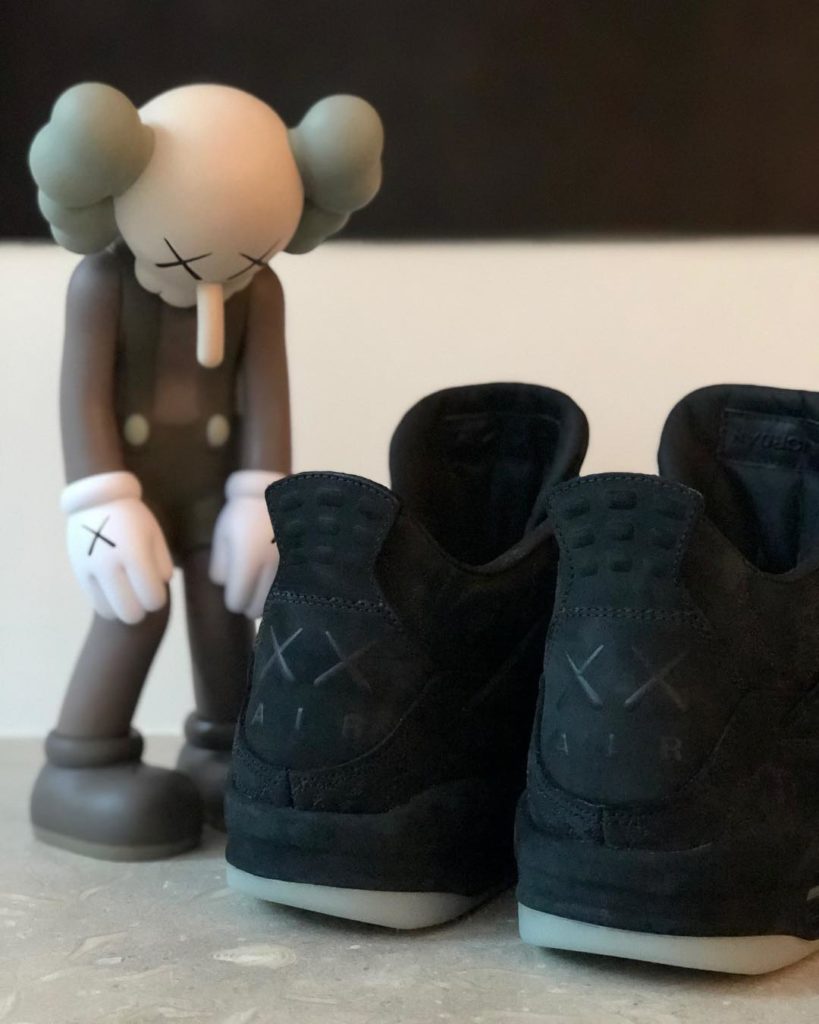 American pop artist Brian Donnelly, better known as Kaws, is best known for his sculptures and toys, but it was his collaboration with Jordan Brand on a pair of Air Jordan 4s that received the majority of the attention. Kaws gave the Air Jordan 4 a facelift with a full suede construction and notes of his artwork throughout the entire silhouette. 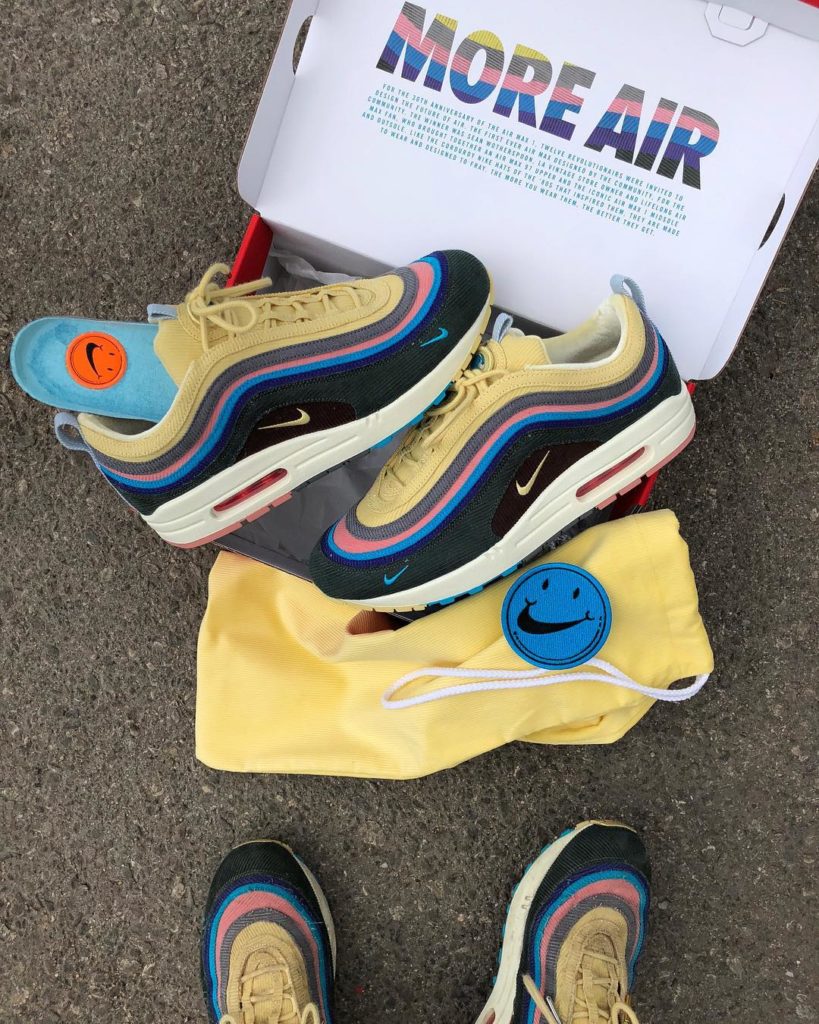 On Air Max Day 2017, Nike ran a campaign that gave twelve individuals from throughout the world an opportunity to create and design their own sneakers. Sean Wotherspoon, owner of Round Two, won the campaign with a hybrid design featuring a corduroy Air Max 97 upper with an Air Max 1 sole. 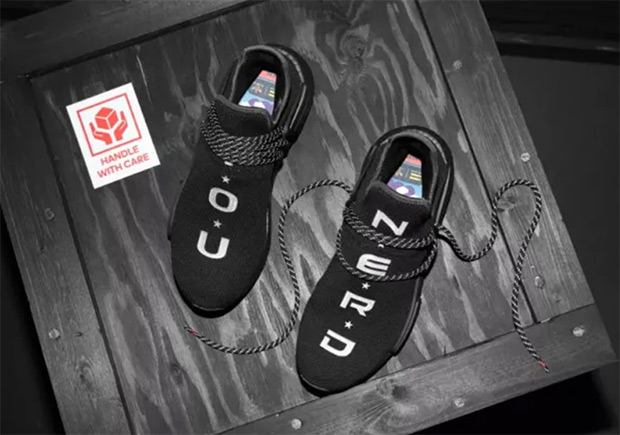 Continuing to build off the success of Pharrell Williams and his work with adidas, this ComplexCon exclusive release of the adidas NMD Hu Trail is a collaboration with Pharrell’s music group, N.E.R.D. This all-black design with extremely limited availability was the most sought after release of ComplexCon and it instantly became the most coveted NMD Hu Trail. 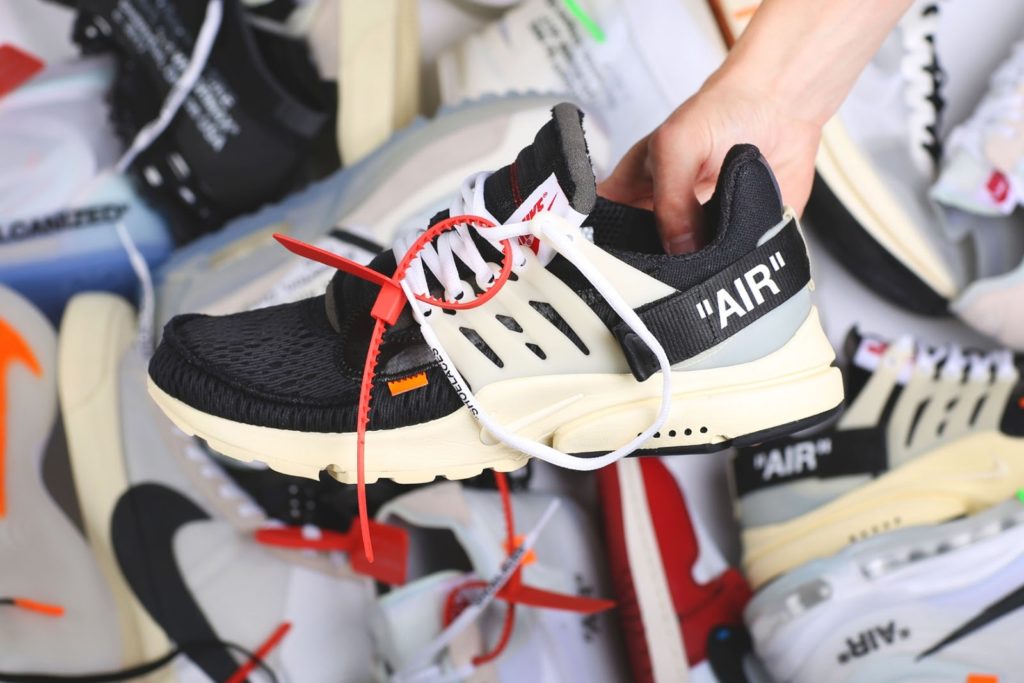 Although the Air Jordan 1 by Virgil Abloh from ‘The 10’ collection took home the hardware for shoe of the year, the Air Presto was another highly coveted shoe from the collaboration. It followed the deconstructed theme of ‘The 10’ and it is arguably the second most sought-after pair from the collection. 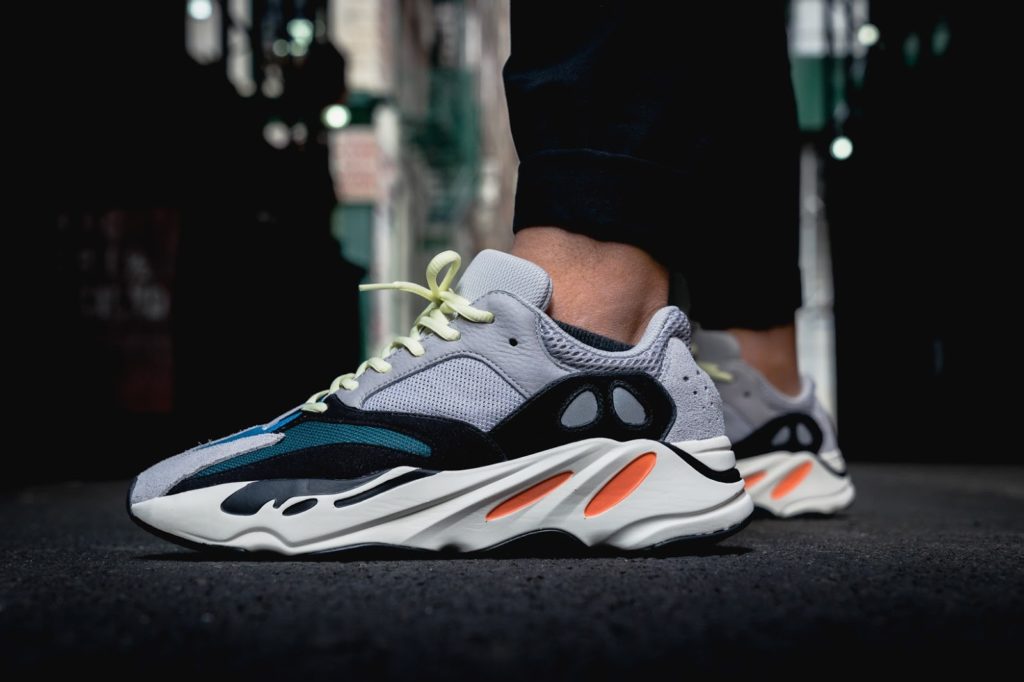 Kanye West was able to ride the wave of the dad shoes movement and released a stylish pair featuring the Boost technology from adidas. The Yeezy Boost 700 Wave Runner features vibrant colours and it is intentionally bulky by design, making it one of the most controversial sneaker releases of the year. 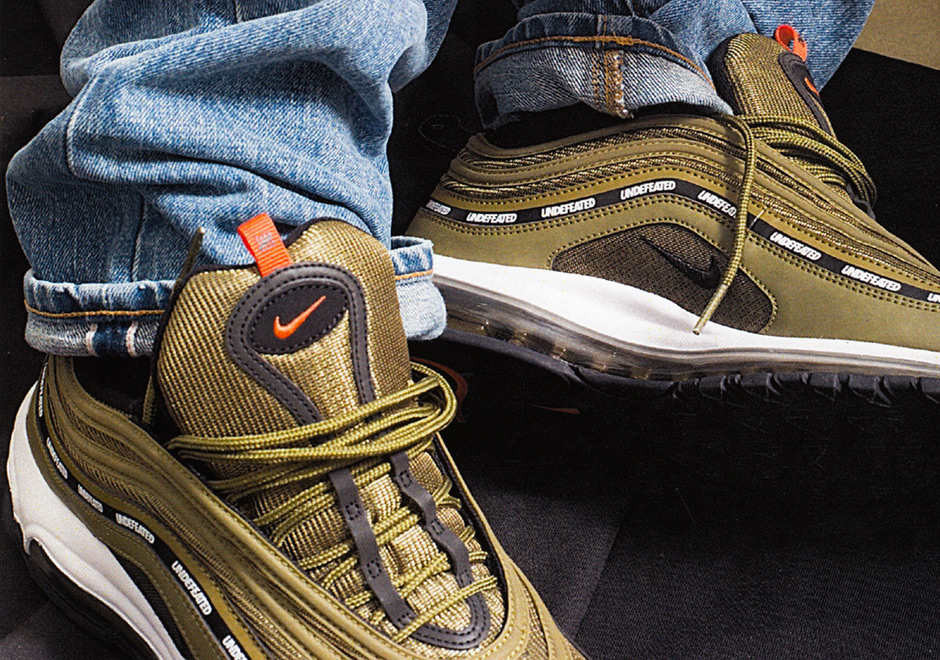 2017 was a big year for the Nike Air Max 97, celebrating its 20th anniversary, and it was celebrated through a collaboration with streetwear mainstay, UNDEFEATED. The first release of the collaboration saw two colourways of the Air Max 97, one black and the other white, featuring patent leather hits on the mudguard. The final colourway released at ComplexCon was the most coveted, featuring UNDFTD’s signature olive and orange colourway. 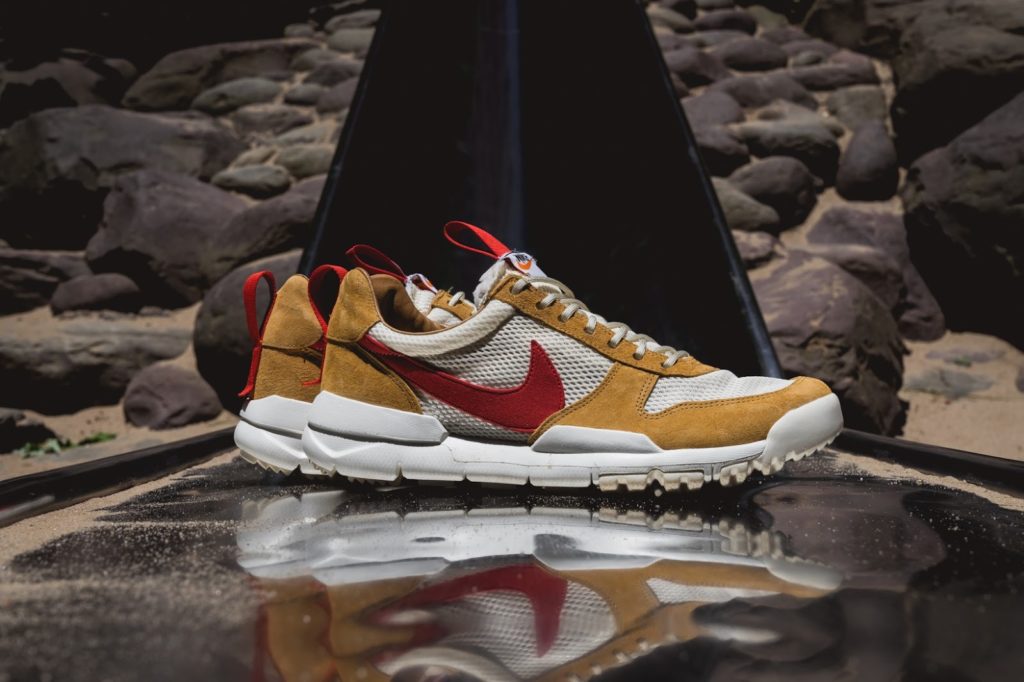 Originally released in 2012, contemporary artist Tom Sachs collaborated with Nike on an updated version of the highly sought after Mars Yard shoe. After thorough wear-testing since its initial launch, the second iteration of the shoes features an update to the materials that are used to make it more durable, making this updated model a grail for many sneaker collectors. 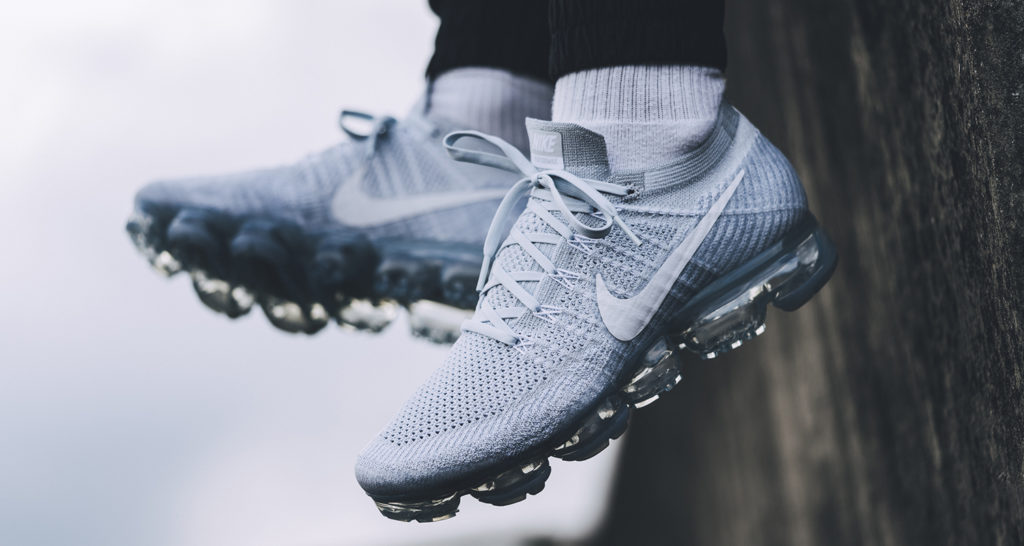 Nike introduced one of its most controversial shoe design on this year’s Air Max Day, the Air VaporMax. This new design, dubbed the pinnacle of Nike’s ‘Air’ cushioning system, features a Flyknit upper which sits on exposed ‘Air’ units that compose the entire sole. The controversial design eventually won over numerous sceptics and became one of the best shoes of the year. 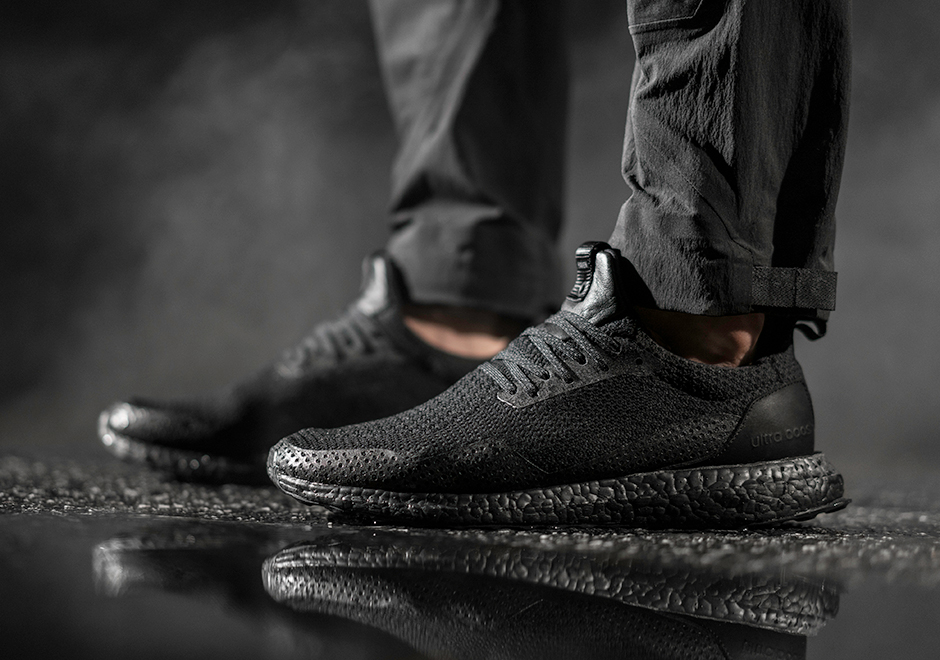 What is your favourite sneaker release of 2017?

Toronto Designers Create Their Own PUMA x Tsugi Kori Sneakers
Did You Know Lululemon Now Sells Sneakers?
How The Best Selling Shoes of All-Time Made a Resurgence in 2017
Here’s How Photographer; YouTuber Sean Go Buys Rare Sneakers
10 Great Gift Ideas for Your Significant Other